Out on the town with Lupita, Paula and Angela 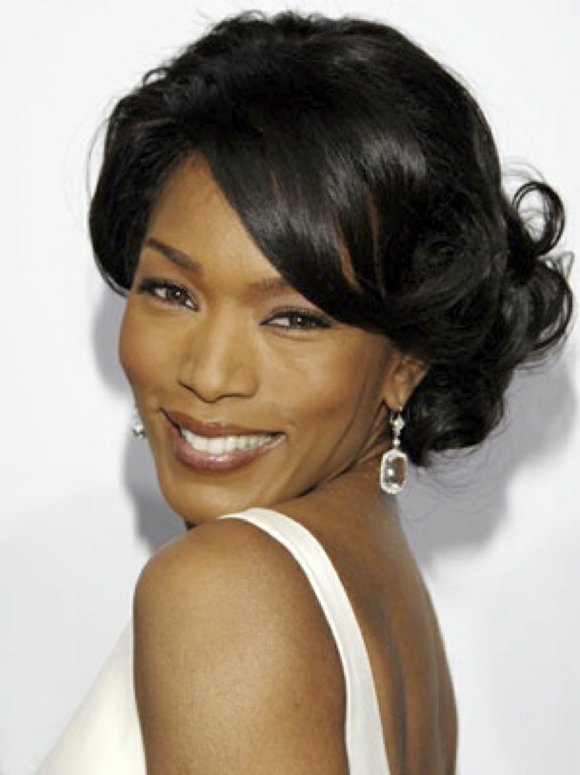 There have been rumors flying throughout the entire film awards season about a possible romance brewing between new “It girl” Lupita Nyong’o and Jared Leto. After they both walked off with Independent Spirit Awards on March 1 in Santa Monica, Calif., and prior to winning Oscars on March 2 for Best Supporting Actress in “12 Years a Slave” and Best Supporting Actor in “Dallas Buyers Club,” respectively, the very handsome Leto thanked everyone under the sun when he won the Spirit Award. His most chatted about comment came when he referred to Nyong’o as “my future ex-wife, Lupita,” adding, “I’m thinking of you.”

Meanwhile, Nyong’o photobombed an unsuspecting Leto backstage at the Oscars. Fashionable as ever, Nyong’o wore a custom-designed Prada Goddess dress to the Oscars, then changed into a Miu Miu dress for the Vanity Fair post-Oscars party.

Looking as if she didn’t have a care in the world—and not wearing her wedding ring—the newly single Paula Patton was Oscar fabulous all weekend after announcing her split from her husband, Robin Thicke, last week. She made her first official appearance on March 1 at the 2014 Film Independent Spirit Awards, where she was resplendent in a yellow lace mini-dress. Then, the following night, the “Baggage Claim” star stepped out to the Vanity Fair party hosted by Graydon Carter wearing a Celia Kritharioti dress and Yves Saint Laurent shoes while carrying a Helm clutch bag.

“American Horror Story” vixen Angela Bassett stopped by the Breyers Gelato Indulgence gift lounge backstage at the 2014 Film Independent Spirit Awards on March 1 and dished about her perfect date night, which includes “being comfy in my PJs with snacks that are a little sweet, a little salty and a little crunchy.” Bassett played her first-ever game of Plinko and chatted strategy, saying it’s best to “overcompensate and go a little more to the left or right in order to win.” It worked—she won a crystal decanter and a year’s supply of winefrom Dark Horse. Bassett joked that the year’s supply would only last her six months.