Saying goodbye and thank you to the ‘judicial genius’ Chokwe Lumumba 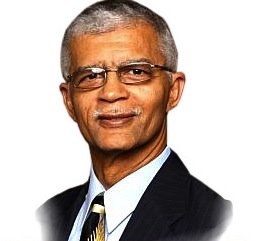 “I am eternally grateful that Mayor Chokwe Lumumba came from Mississippi to New York to be the keynote speaker at my inauguration in January,” new Brooklyn Council Member Inez Barron told the Amsterdam News. “His words revealed his intelligence, integrity and undying commitment to improve the conditions of all people. He was both inspirational and encouraging. He will be sorely missed, but has left us a great legacy for us to uphold and continue.”

This weekend, there will be memorial and funeral services held in Jackson, Miss., in celebration of the life of the honorable Lumumba.

His sudden death on Tuesday, Feb. 25, sent shock waves throughout the Black political grassroots movement. Immediately, there were those who questioned the reported cause of death, heart failure. An independent autopsy was called for. Reportedly, world-renowned pathologist Dr. Michael Baden was asked to be involved. The AmNews was unable to obtain any reports of the result by press time.

“I extend my condolences to the family of Mayor Chokwe Lumumba in particular and to the entire activist community in general,” Barron said. “With the passing of Mayor Lumumba, we have endured the great loss of an effective, faithful, longtime, tireless warrior. Mayor Lumumba is a model of what it means to move from grassroots organizing to being elected to the seats of power and responsibility in government and maintaining his authenticity and connection to the people. His vision of improving conditions for the people of Jackson, Miss., undergirded with the sound financial plan to achieve that objective, bears our close examination for duplication.”

Lumumba’s body is scheduled to lie in state in City Hall at 11 a.m. There will be a Celebration of Life service at the Jackson Convention Center on Saturday, March 8 at 11 a.m., and the internment will occur immediately afterward at Autumn Woods Memorial Gardens in Jackson.

Daughtry recalled, “I was pleased to be with him recently at the inauguration of Council Member Inez Barron. He seemed so well. We shared laughter together as we conjured up war stories of the past. If only others in the legal profession would go and do likewise, or bring their talents to the cause of our people.

“He was a brilliant lawyer. He could have been rich and famous, but he chose to align himself and bring his prodigious talents to our struggle. It was not just our struggle, as commendable as [it is]. He aligned himself with the radical, Pan-Africanist, revolutionist and nationalist wing of our movement. He was vice president of the Republic of New Afrika, and he committed himself to the goal of relocating the Republic of New Afrika to the Southern United States.

“We will miss him very much. I extend my prayers and condolences to the family and hope that his legacy will be a full comfort to them.”

Inspired by the righteous agitation started by one Dr. Martin Luther King Jr., the man who ran for mayor of Jackson as a “Fannie Lou Hamer Democrat” became a staunch civil rights and anti-apartheid activist, a leading member in the Republic of New Afrika and a co-founder of the Malcolm X Grassroots Movement and the National Coalition of Blacks for Reparations in America. In addition to representing Black Panthers, Tupac Shakur and the Scott sisters (Jamie and Gladys Scott, Mississippi sisters who were released in 2010 after serving 16 years of consecutive life sentences for an $11 robbery), Lumumba’s impressive resume includes his work as a human rights lawyer on a mission to defend and free political prisoners.

After heading a determined national grassroots operation, Lumumba was elected mayor of Jackson on June 4, 2013. It was an historical achievement.

“The memorial services and funeral will be well attended with a panoramic array of people simply because Lumumba was a leader and a lawyer,” attorney Michael Tarif Warren told the Amsterdam News. “Lawyers are coming in from all over the nation, like Chokwe and myself, [and] they are members of the National Conference of Black Lawyers,” he said, “and the fact that people are coming in from all over just illustrates how well-respected Chokwe was. This outpouring demonstrates from a national perspective the people’s respect and love for the work he has been committed to for the last 40 years for Africans in this country and for his worldwide work for human rights.

“He never wavered in expressing his love, his obligation and his dedication to the Black liberation movement. He never disclaimed it; it was always a part of him.”

Warren stated that while the community is still stunned by the sudden death of the well-renowned activist lawyer-turned-activist mayor, the unified tone of love and honoring, “signifies the respect for the initiatives that he had begun to implement in the city of Jackson, Miss., on behalf of all the residents.”

“I had the extreme pleasure of meeting the elder this year at Mrs. Inez Barron’s [City Council] inauguration,” said Andre Mitchell, founder of Brooklyn-based community organization Man Up! Inc. “He was everything I studied him to be. I was so honored to have been able to be with him personally. I will never forget his prophetic words. His teachings and spirit will live on through everything we do at Man Up! Inc. USA.”

“What a sudden and immense loss to both the New Afrikan and Black liberation struggle, as Brother Chokwe was no doubt set to make history by setting the bar high for what a true mayor should be,” veteran community activist Sadiki “Bro. Shep” Ojore Olugbala told the AmNews! “My only regret is that I needlessly missed my comrade when he traveled through the snowstorm from Mississippi as the keynote speaker for Councilwoman Inez Barron’s Jan. 3 inauguration, because I erroneously thought it would be canceled due to the weather. Indeed, we should never take life for granted because tomorrow is promised to none of us. Long live the revolutionary spirit of comrade Brother Chokwe Lumumba! Free the land!”

Still reeling from the news, April Silver, community activist and founder of Akila Worksongs, said of the beloved mayor, “His untimely death sent shock waves throughout various communities. Many are still trying to grapple with this, and we’ll all suffer his passing for a long time to come. Among many beautiful things, Brother Chokwe was a revolutionary, and his battleground was in the courtroom. As an attorney, he defended Tupac Shakur, Assata Shakur, the Scott sisters and many, many others. His commitment to the liberation of African people was instructive, inspirational and far reaching.

“I had the honor of meeting him for the first time only a few years ago. The Malcolm X Grassroots Committee asked me to moderate a ‘Free the Scott Sisters’ program at Bed-Stuy Restoration Plaza, and Brother Chokwe participated. I was so humbled to meet him—even more so when he spoke warmly and gave loving, fatherly encouragement. I’d been in his towering presence a few times after that, all centered around his historic campaign to become the mayor of Jackson. I’m so saddened by his passing, and my heart goes out especially to my political and spiritual family who were, in effect, raised by Brother Chokwe, and to his sweet and fierce daughter, Rukia, a fellow Howard grad. I know that a New York memorial is being planned. Please stay tuned.”

“On behalf of the officers and members of the National Black United Front [NBUF] throughout the country, I extend a clenched Black fist of solidarity and condolences to the family and fellow movement workers of our Brother Chokwe Lumumba,” said Salim Adofo, national vice hairperson of the NBUF. “Throughout the 34-year existence of our organization, Brother Chokwe has never failed to lend his talents, time and good name to us whenever we have called upon him, many times at his own expense.”

He concluded, “NBUF acknowledges the exemplary life of service to the African Liberation Movement, which Chokwe led. For NBUF, his life is one to be studied and emulated, a shining example indeed. The ancestral realm is fortified yet again with another strong Egun!”

Monifa Bandele of the Malcolm X Grassroots Movement announced the details of services for Lumumba, who she called a “beloved father, human rights activist, visionary and leader of the great city of Jackson, Miss. He devoted his entire life to serving others through his vision of unity: ‘One City, One Aim, One Destiny.’” He will be greatly missed by his family, friends and the citizens of Jackson.