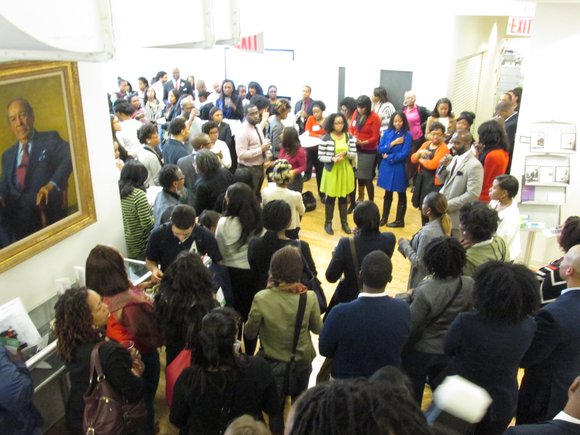 This year’s theme was “Policy in Black America: From a Moment to a Movement,” focusing on how past and present “moments” serve as a catalyst for “movements” that impact the lives of young Black New Yorkers and Americans in general.

The event brought out dozens of young professionals from across the area in various arenas. The one-day program included discussions on civil rights and public policy along with symposiums on education, social justice and politics.

“The State of Young Black New York is an event that really captures what young professionals should do as citizens of New York, especially as Black and Brown people,” said NYULYP President Jemar Ward. “It’s really getting people to think critically about what to do about certain issues in our neighborhood like stop-and-frisk and even issues across the nation like Trayvon [Martin] and Jordan Davis.”

Rice said the day also focused on the frustrations many Blacks feel when they are let down by the government or the criminal justice system. She said that anger should be used to formulate longterm strategies in order to make change.

“This day is a culmination of a lot of conversations that we have had, and it’s just extraordinary to bring the individuals together to talk about it,” she said.

Closing out the day was the Rev. Al Sharpton, who spoke to the group about their responsibility of being young, Black educated professionals. During his remarks, Sharpton said that young professionals should create their own unique movements, following those who made change before them.

“When you talk about turning moments into movements, you must first understand that in the middle of a moment, people assume that moments last forever,” he said. “You must gear yourself toward action that’s going to have long-standing results.”