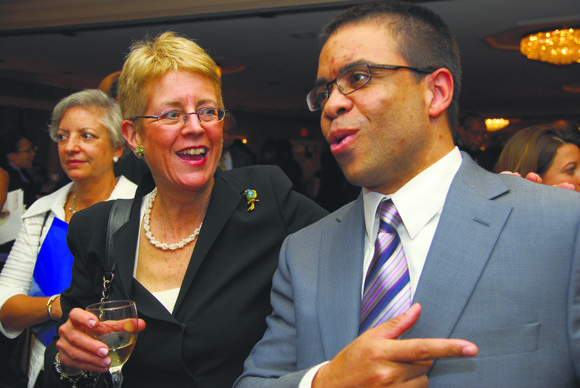 With blows raining on him from foreign and domestic fronts, it’s probably a good time for President Barack Obama to beat a hasty retreat to Key Largo, Fla., gather the golf clubs and seek some solace on the back nine.

Russian President Vladimir Putin’s mischief is troubling enough, and while he expected the collective sniping of him from GOP presidential hopefuls at the recent Conservative Political Action Conference, to have fellow Democrats deliver a setback on a nominee must be totally unsettling for the president.

Last Wednesday, Debo Adegbile, the president’s nominee to head the Justice Department’s Civil Rights Division, was rejected by Senate Republicans and eight Democrats, including Majority Leader Sen. Harry M. Reid, who at first voted for confirmation but then switched with a possible aim of renominating the candidate later.

The vote, 47-52, was the first under new procedures approved in November that allow just a majority of senators present to agree to proceed to a vote on most presidential nominees. The Democratic votes provided the margin to turn back the president’s choice.

It was apparently Adegbile’s work as a counsel at the NAACP Legal Defense Fund, where he had been for more than a decade, and his association with the controversial case of Mumia Abu-Jamal that aroused the opposition. Abu-Jamal was convicted of murdering police officer Daniel Faulkner of Philadelphia in 1991, and Adegbile, 47, was a participant in filing an appeal on behalf of the prisoner.

The fierce lobbying to reject Adegbile, led by Faulkner’s widow, obviously got the needed traction to block the nomination.

Obama was clearly upset by the rejection, stating that the American people had been denied an outstanding public servant. “The Senate’s failure to confirm Debo Adegbile to head the Civil Rights Division at the Department of Justice is a travesty based on wildly unfair character attacks against a good and qualified public servant,” Obama said. Later, he added, “As a lawyer, Mr. Adegbile has played by the rules. And now, Washington politics have used the rules against him.”

Joining Reid in the vote against Adegbile were Chris Coons; Mark Pryor; John Walsh; Heidi Heitkamp; Joe Donnolly; Joe Manchin; and Bob Casey, D-Pa. Several of these Dems are up for re-election in red states and are deeply concerned about their chances in the upcoming midterm elections. Casey’s vote was probably regionally conditioned because Abu-Jamal is incarcerated in Pennsylvania but no longer on death row.

Manchin told reporters that his decision was a “conscientious” one he made after he had talked with Faulkner’s widow.