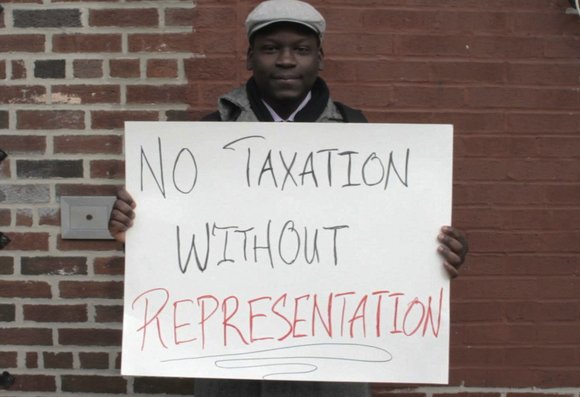 At a Sunday afternoon rally targeting Gov. Andrew Cuomo, accompanied by an open letter to Speaker Sheldon Silver, activists demanded special elections and the reopening of 10 Assembly district offices in New York, as approximately 1.2 million New Yorkers are now without their constituent governmental-related services. Furthermore, “It is also a fact that this action is a violation of these constituent’s constitutional rights,” charged the group Operation POWER, with founding members including Council Member Inez Barron, activists Charles Barron, Peggy Washington and Adeline Bunch and co-chairs Tyrik I. Washington and Joy Simmons.

“You cannot have all this taxation while the people are being willfully denied representation,” Inez Barron told the Amsterdam News.

“As you are aware, Gov. Cuomo has refused to call a special election to fill the vacancies of 12 electoral seats—two in the Senate and 10 in the Assembly. Brooklyn, in particular, has hundreds of thousands of residents affected by the four Democratic Assembly district vacancies,” the grassroots group charged. “In November 2013, New York Assembly Members Inez Barron (D) of the 60th District, Rafael Espinal (D) of the 54th District and Alan Maisel (D) of the 59th District were all elected to the New York City Council. Assembly Member William Boyland Jr. (D), formally of the 55th District, was convicted and removed from office this month.

“These four districts are majority Black and Latino districts and are entitled to the protection of the Voting Rights Act of 1965. However, as of March 2014, the respective state government seats previously represented by these Assembly members remain vacant and their offices remain closed.

“Yet, it’s interesting to note that the two Senate offices remain open as a result of the approval of Republican leader Dean G. Skelos.”

“We are being disenfranchised,” Barron told the AmNews after the rally. “Out of the 12 seats, seven are in New York City, with 800,000 predominantly Black and Latino residents. We want services in our districts. And we want the speaker to open and staff the district offices to provide services for our residents, and we want Gov. Cuomo to call the special elections.”

Even though the “media is refusing to talk about the issue because the mainstream want to make him look good,” Barron said the fact remains that hundreds of thousands of New York City residents in particular are being deprived of essential services, dealing with issues as far ranging as employment assistance and discrimination, to affordable housing, foreclosure, affordable health care information and immigration problems.

“Yet, they continue to pay their taxes—income taxes on their wages, sales taxes on products and services, capital gain taxes, property taxes and the various fees required to obtain a driver’s license or operate a business, to name a few,” stated Operation POWER.

“Gov. Cuomo continues to ignore us,” Barron told the AmNews. “He doesn’t respond, but we are pursuing legal measures to both have special elections and have the district offices open to provide services for the residents.”

Asked why she thinks Cuomo is refusing to call for special elections—which many political observers thought would be an automatic announcement in January—Barron acknowledged that she had heard rumors that it may be because it had something to do with the governor’s concern over her husband, former Councilman Charles Barron, planning to run for her now vacated Assembly seat.

“Some people said that it is because he doesn’t want Charles up there challenging him as he runs for re-election, but I heard that it is to accommodate some Republicans, because there are some Republican seats upstate, but they are marginal—and they just don’t want elections held right now. Some people are also saying that the governor is just accruing money, because the money for these offices has been allocated. My [old] office, for example, has a lease paid up for two years. But the money for my [Assembly district] staff, the salary line, is not being spent, so it is just accumulating. That is $2 million to $3 million statewide that is not going to the districts’ offices and staff, and resources,” said Inez Barron.

“The Speaker called for Special Elections earlier this year,” was the only response from Silver’s office after several AmNews efforts to contact Cuomo and Silver on the issue.

The governor’s office referred to the statement he made at a February-aired radio show hosted by Susan Arbetter, during which the governor was asked, “Are you going to call special elections for the 11 open seats?”

Cuomo replied, “We are looking at that now. You know, it seems like every week there is another open seat given the travails of our friends in the Legislature. If you have to do special elections, they are very expensive to do because you basically have to run a separate election operation. So it is obviously something you want to do lightly. I would like to know what the legal effects are, and I would like to know, on a practical level, how many more shoes are going to drop here and how many people are going to be leaving office.”