Fordham heads to the big dance 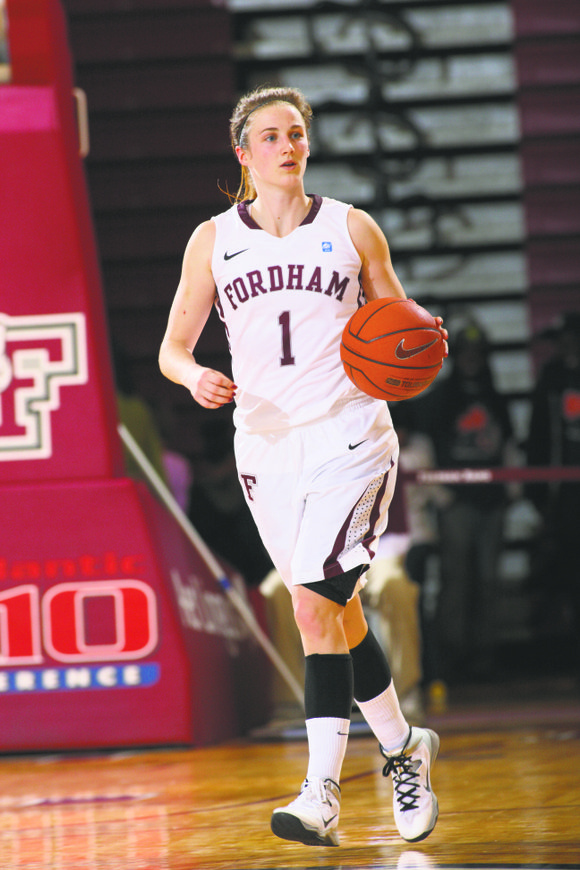 Erin Rooney is the heart and soul of Fordham’s Lady Rams. Photo courtesy of Fordham University

Eight Division I women’s basketball teams from the New York-New Jersey area are headed into postseason play, and four are headed to the NCAA Tournament. For some, it’s old hat, but for others, a tournament berth is an extraordinary accomplishment.

Fordham University—which only a few years ago celebrated any win it managed to get—is garnering serious attention. In only her third year at Fordham, head coach Stephanie Gaitley has led the Rams to the Atlantic 10 championship—their first trip to the tournament in 20 years and only the second in program history. Fordham will play California, which made it to the Final Four in 2013, in the first round.

To go with this auspicious accomplishment, they are naming Fordham guard Erin Rooney New York-New Jersey Division I Player of the Year. The talented red shirt senior from New Zealand led the team in scoring and rebounding, but more importantly, she provided leadership on and off the court.

Also heading to the NCAA Tournament are some familiar names. The Marist College Red Foxes, which claimed another MAAC Championship, will play Iowa in the first round. St. John’s University Red Storm, which finished as the runner-up in the Big East, will take on the University of Southern California in their first round.

For the first time in five years, Princeton did not win the Ivy League—losing in a playoff game with the University of Pennsylvania. Instead, the Tigers will play in the postseason WNIT.

Joining them in WNIT play are the Stony Brook Seawolves—another program that is experiencing success for the first time—and Iona College, which had a fantastic season under new head coach Billi Godsey.

Also in the WNIT are the Seton Hall Pirates in their first postseason appearance since 2007.

Postseason play kicks off on Saturday.