On the “A” w/Souleo: Why Danny Glover continues to support Venezuela 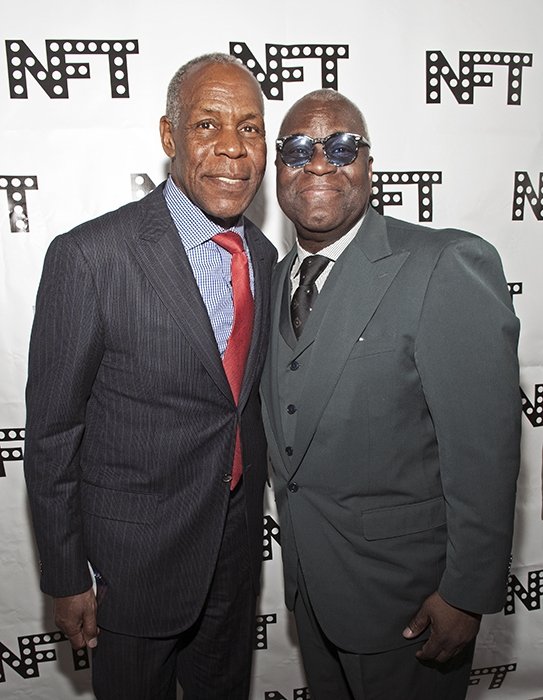 You can’t tell, Danny Glover who he can talk to. That’s the gist of what the critically acclaimed actor said during an interview at Woodie King, Jr.’s New Federal Theatre (NFT) 44th anniversary gala in New York City this past weekend. Glover has continued to support the Venezuelan government despite the country’s tense relationship with the U.S., current violent political crisis and potential backlash faced by outspoken allies of the country.

If you ask him why he does it it’s largely because of Venezuela’s Afro-descendant population. During the trans-Atlantic slave trade an estimated 100,000 enslaved Africans were transported to Venezuela. Over a hundred years later racism and marginalization in the education, economic and political front remain challenges for the estimated 20-30% of Afro-descendants in Venezuela. A 2012 embassy report highlighted recent efforts made by the country to address these inequities including the Law Against Racial Discrimination (2011), establishing a council to represent Afro-descendant communities (2012) and inclusion of Afro-descendants in the census (2011). Because of these initiatives Glover refuses to change his political position.

“The first time I came to Venezuela on our agenda was to talk about Haiti and how Afro-descendants were functioning in this reconstruction of democracy,” he recalled. “If people are trying to overthrow their president maybe he's doing something on behalf of the people and maybe those who have real power have to pay attention.”

Besides President Maduro of Venezuela, Glover is also a firm supporter of Voza Rivers who was honored at the NFT gala. Rivers, executive producer and co-founder of New Heritage Repertory Theatre (NHRT), is one of Harlem’s most revered cultural impresarios with Grammy and Oscar nominations bestowed upon his various projects. But Glover expressed appreciation most for Rivers’ willingness to believe in and take a chance on new talent.

“Around the 1980s Voza gave me an opportunity to do Shakespeare’s The Winter’s Tale. I never did Shakespeare before and that propelled my own growth as an actor. It’s those little things that Voza and Woodie provide that touch so many actors,” he said.

Fostering a similar sense of artistic support and collaboration is the work of Grace Anieza Ali. As the founder of ofNote magazine she has helped advance the cause of using art as a vehicle for social change. The art world is taking notice as she just recently became one of the few women curators of color to win an Andy Warhol Foundation for the Visual Arts grant. Ali will use the grant to present a forthcoming 2015 exhibition titled, “Guyana Modern.”

Prior to that she is hosting the photographic conversation series, “Visually Speaking” at the Schomburg Center for Research in Black Culture on April 24. Curated by Terrence Jennings the event features award-winning photographers Nikki Kahn and Keisha Scarville sharing images that challenge the myths, historical narrative and contemporary stereotypes about Guyana and its Diaspora. Ali hopes that the event explores and demonstrates the power that artists have within their own circle to sustain arts activism. 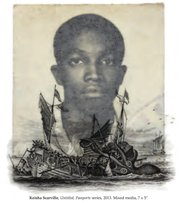 “The most important source of support and uplift happens between artists,” she posited. “Collectively, the photographers that are carving out a visual culture for this nation are invested in illuminating a multi-dimensional Guyana. Because this has largely been absent the global community will respond to this new way of looking and thinking about this country.”

There are also new perspectives emerging on how to promote and distribute music. From Jay-Z partnering with Samsung to give away 1 million copies of his latest album to Beyonce’s “surprise” exclusive iTunes release to now music production team, Soulfinger’s Life, Love & Passion high-end album. Soulfinger’s project features recording artists such as Leela James, Syleena Johnson, Martin Luther, Kathy Sledge and more covering mostly obscure tunes from the late 1960’s to the mid-1970’s.

But you won’t find this album available in digital form on iTunes or Amazon or in physical retail stores. It is released exclusively on Kickstarter in leather luxury packaging as a limited time only, hand-numbered collector’s item. Traditionally Kickstarter has been used to raise funds for non-existing products or services. But the Soulfinger team has upended that approach to bypass fundraising and leverage the popular site as a distribution and test marketing platform. They believe this can be the start of a potential game-changer on the amount of dollar value music can command when presented in a unique package.

“The music industry has little to no variety on pricing,” said Chris Hofbauer, co-founder of Soulfinger. “Instead of selling a maximum number of units we are aiming to limit what we’re offering to something exclusive, limited in numbers, very valuable and at a higher price-point than usual. The old model is broken and people are getting more and more creative about how to release music.”