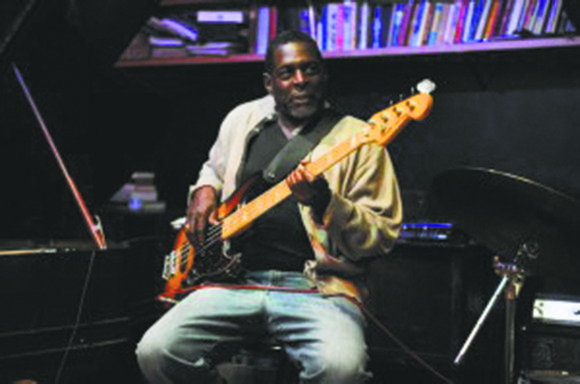 As Williamsburg, Brooklyn, is drowned by gentrification, Gerry Eastman has been able to not only maintain the building he owns in the neighborhood, but also preserve local music.

Eastman is founder, president and artistic director of the Williamsburg Music Center (WMC). The organization’s purpose is to disseminate African-American and African music with jazz, funk, R&B and spoken word.

Along with his organization, Eastman is one of the few Black building owners in Williamsburg left. He has a three-story property on S. Fifth Street and Bedford Avenue off the Williamsburg Bridge. His building not only serves as a residence, but also a music venue known for its Friday night jam sessions.

“I’m not working for anybody,” he said. “In order to survive in the arts, you have to maintain your lifestyle. The challenge is production and making money, and once you figure it out, do it for a lifetime. If I don’t write a song or piece after a certain amount of time, I get nervous.”

A native of Bronx but raised in Ithaca, N.Y., Eastman started buying records at age 10 and started experimenting with the guitar, bass and drums. Later he went on to study at Cornell University and Ithaca College.

After touring the country with his music, he begin to buy property in the 1980s during some of New York’s darkest years. He remained in the community, which is now blanketed by higher rents and little affordable housing.

“My whole thing is real estate,” he said. “You cannot have a functioning organization without owning. I always tell people and go to a deepest ghetto and [buy] property. There are no ghettos in New York. One thing people better find out—they better start owning.”

He previously received grants and funds for his organization. However, when the recession hit, funding slowed down because art programs across the map received less. But Eastman kept true to his passion, stuck it out and adjusted to things as changes occurred.

WMC is known throughout Brooklyn by musicians, poets and aficionados as a must-go-to venue. Several professional musicians have also made their way to the spot, which boasts exposed brick, Fender speakers, an organic atmosphere and hundreds of vinyl records.

Playing before a diverse crowd, WMC provides a place for local artists to go and hone their craft. While music is a mainstay, Eastman is currently working to renovate the basement of the venue to accommodate a space for spoken word artists, particularly youth.

As for whether he will ever sell the place, Eastman said that over the years, he’s received offers but has no plans of leaving; he says that WMC is needed. He has already willed the property to his children, most notably his daughter, who is a singer and dancer.

“Our focus is to assist serious artists with whatever they are doing,” he said. “We want to have a place for Black people to do their thing without compromising their art.”

WMC is located at 397 Bedford Ave. in Brooklyn. For more information, go to www.wmcjazz.org.