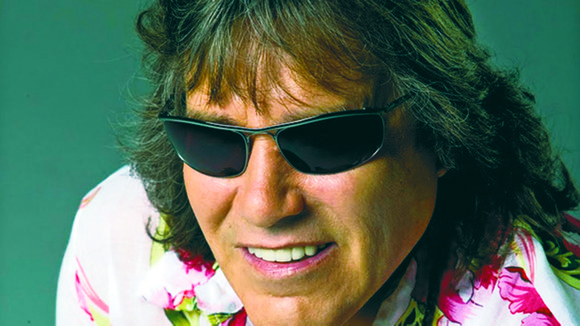 Greetings! As we enter African Liberation Month 2014, 50 years after its world premiere, Dr. Barbara Ann Teer’s National Black Theatre and the Classical Theatre of Harlem are co-presenting “Dutchman” by LeRoi Jones (Amiri Baraka). It is directed by Carl Cofield and stars Hollywood actor Sharif Atkins. Opening night will be Saturday, May 3, and showtime is at 8 p.m. at the National Black Theatre (NBT), 2031 Fifth Ave., Harlem.

The tribute to the late, great poet and playwright Baraka (who died on Jan. 9) will run through May 23. General tickets are available at the NBT box office or by calling 212-722-3800. Visit nationalblacktheatre.org.

The historic 2014 revival of “A Raisin in the Sun,” Lorraine Hansberry’s heart-wrenching family drama, stars Academy and Tony Award winner Denzel Washington and LaTanya Richardson. It is directed by Kenny Leon (“Fences”). It is currently in a limited run at the Ethel Barrymore Theatre, 243 W. 47th St., where it originally opened in 1959. To order tickets, call 800-901-4092 or visit Telecharge.com.

Lehman Center for the Performing Arts presents the return of multi-Grammy Award-winning legendary singer, composer and virtuoso guitarist Jose Feliciano (“Light My Fire”) performing a special concert celebrating Mother’s Day weekend on Saturday, May 10 at 8 p.m. The Lehman Center for the Performing Arts is on the campus of Lehman College/CUNY at 250 Bedford Park Blvd. West, Bronx, N.Y. For tickets, call 718-960-8833  or visit www.LehmanCenter.org.

The Blue Note Jazz Club, 131 Third St., presents the multigenerational rock-jazz band Blood Sweat & Tears with Arturo Sandoval back in the village where they started, now through May 17. Call 212-475-8592 or visit bluenotejazz.com.

Larry Hamm, activist and organizer for human and civil rights and founder and president of Peoples Organization for Progress, will serve as CEMOTAP’S honored guest speaker at its 27th anniversary celebration on Saturday, May 3 at 1 p.m. at the Majority Baptist Church, located at Farmers Boulevard and 115th Avenue in Jamaica, N.Y. Also, Dr. Yosef Ben Jochannan  will be awarded for his 96 years of life and his historical work in Egypt. Dr. Arthur Lewis will respond to Hamm’s message. Minister Clemson Brown will be recognized for his expansive documentation of the grassroots struggle. Call 718-322-8454 or 347-907-0629 to RSVP or for further information.

The Central Brooklyn Leadership Council and the Mens Ministry of Historic First Church of God in Christ present the Mary McLeod Bethune “Light of Our Life” awards ceremony, a tribute to African-American women, on Saturday, May 10 at the Historic First Church of God in Christ (221 Kingston Ave., Brooklyn, N.Y.) at 3 p.m. Keynote presenters include the Rev. Calvin Butts, Herb Boyd, Bob Law and Councilwoman Inez Barron. It will also feature music, praise dance and poetry. Free admission.