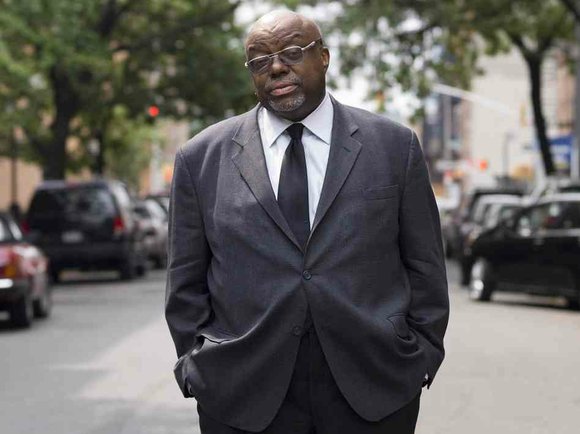 The Harlem Jazz Shrines Festival kicks off on May 4 at the historical Abyssinian Baptist Church (132 W. 138th St.) at 4 p.m. with their monthly “Jazz Vespers Series,” which will feature the young Brianna Thomas, who is diligently climbing up the jazz vocalist ladder.

On May 5 at 7 p.m., the newly renovated Minton’s Restaurant (206 W. 118th St.), where bebop emanated, will be the perfect location to discuss “Kansas City Lightning: The Rise and Times of Charlie Parker.” Author Stanley Crouch and Columbia University professor Farah Jasmine Griffin will discuss his first installment of the long-awaited biography on the co-creator of bebop. Later the same evening at 10 p.m. and 11:30 p.m., the legendary club will host the series “Minton’s Playhouse: New Legends on the Bandstand.” The late night jam pays homage to Minton’s and the many musicians who have anointed Jazzmobile’s traveling stage over the last five decades.

Queens College professor and alto saxophonist-flautist Antonio Hart, formerly under the tutelage of Jimmy Heath, will lead his own group, including some young aspiring students from the New School and CW Post eager to get on the bandstand. The 11:30 p.m. set will include performances by students from Hart’s and pianist Danny Mixon’s classes at the New School. Mixon is also Minton’s music director. Visit www.mintonsharlem.com or call 212-243-2222.

“New Legends on the Bandstand” continues on May 6 at 10 p.m. and 11:30 p.m. at Ginny’s Supper Club (310 Lenox Ave.), the downstairs jazz room of the Red Rooster Harlem. Christian Sands, the young protege of Dr. Billy Taylor, will lead his trio, comprised of bassist Noah Jackson and drummer Rodney Green.

Taylor noted, “Christian not only has the work ethic and the technique, but he understands and communicates the language.”

Showman’s (375 W. 125th St.), a historical jazz spot, will swing hard on May 6 when noted organist Nathan Lucas plays for two sets at 10 p.m. and 11:30 p.m. On May 7, drummer Kimberley Thompson plays Showman’s for two shows. She is a drummer worth seeing with shining talent and explosive notes of extended proportions.

On May 7, Ginny’s Supper Club will feature drummer and bandleader T.S. Monk. As the son of Thelonious Monk, T.S. Monk moved through the R&B realm before taking on jazz completely, playing with Herbie Hancock, Nnenna Freelon and Arturo Sandoval. He will lead his sextet, which includes long-time partner alto saxophonist and flautist Bobby Porcelli.

Saxophonist, arranger and composer T.K. Blue will perform selections from his “Latin Bird” album (2011) at Ginny’s Supper Club on May 8. The recording highlights Charlie Parker’s often overlooked connection to Latin jazz. The shows will take place at 10 p.m. and 11:30 p.m.

Blue is a mainstay in Randy Weston’s African Rhythms ensemble and has also worked with Don Cherry, Abdullah Ibrahim, Sam Rivers, Archie Shepp, Dizzy Gillespie, Melba Liston, Johnny Copeland and Billy Higgins. His Pan-Africanism and world scope of the music gives him an exciting story of improvisational perspectives to share.

On May 8 at Harlem Stage Gate House (150 Convent Ave. at 135th Street), there will be trumpeter Christian Atunde Adjuah Double Quartet: “Stretch Music in Tribute to Clark Monroe’s Uptown House.” Adjuah is known for his fast riffs and composing that infuses his roots of New Orleans, encompassing everything from the blues, to jazz, and soul marching moves of the Big Chief.

Upon arriving in New York and residing in Harlem, Charlie Parker eventually became friends with Monroe and began hanging out at his spot on a regular basis where he continued to perfect his unique sound sitting in with a variety of musicians, who began to dig his sound. It was also his place to get free meals.

On any given night, musicians and fans moved between Minton’s and Monroe’s at 198 W. 134th St. These were the main two clubs for jam sessions and the brewing of bebop. Max Roach was a member of the house band. For more schedule information, visit Harlemstage.org or call 212-281-9240, ext. 19.

The Savoy Ballroom, unlike some clubs in Harlem, was integrated and became “the home of happy feet.” It was about the music and dancing, which is what jazz was all about during that era. It opened in 1926 and closed in 1958. The Savoy was a huge hall that stretched from 140th to 141st streets on Lenox Avenue. The Savoy, owned by Jay Faggen and Moe Gale, was modeled after their downtown venue Roseland Ballroom, which was reserved for “whites only.”

The Savoy featured great battles of the bands, such as the one between Benny Goodman and Chick Webb’s Big Band. It was the home of the Lindy Hop dancers, where crazy, almost death-defying gravity steps became the moves of the day, and no one was better than Frankie Manning (May 26, 1914-April 27, 2009). He was the original choreographer of the dancehall’s Whitey’s Lindy Hoppers, started by Herbert Whitey.

The Jazzmobile Vocal Competition on May 10 at MIST Harlem (46 W. 116th St.) begins at 7 p.m. Former winners participating will include Queen Esther and Laura Braden with emcee and noted singer Alyson Williams.

On May 10, Jazzmobile will celebrate Manning’s 100th birthday with a big dance at MIST Harlem (46 W. 116th St.) from 10 p.m. to 1 a.m. featuring the Harlem Renaissance Orchestra. “Our mission is to revive the music of the big band era and to preserve this music in its living form and re-establish Harlem as the big band mecca of the world,” stated the orchestra’s leader, Ron Allen.

The Harlem Jazz Shrines Festival is a partnership with Jazzmobile, Apollo Theater, Harlem Stage and Columbia University. For information on the festival, please visit www.harlemjazzshrines.org. There is a charge for each event plus drink minimums. Reservations are required for all events. For upcoming events for Jazzmobile and its other programs, go to www.jazzmobile.org.

The jazz police or straight-ahead jazzheads may think bassist Stanley Clarke is too loud with his fusion music or that maybe he is a sellout since he has taken trips over to the fusion side and is making cash money. The truth is, Clarke keeps the music fresh and is constantly taking jazz on new creative journeys.

On his recent engagement at the Blue Note, Clarke and his quartet of keyboardist Ray, pianist-keyboardist Ryslan Sirota and drummer Lenny White took the music in many exciting directions.

With his longtime friend and collaborator White from years as member of Chick Corea’s Return to Forever, they visited the group’s old hits. With such noted tunes as “The Sorcerer” and “Goodbye Pork Pie Hat,” Clarke led the group down a different road, and the songs, even more swinging than the originals.

Clarke started on the upright bass, playing his originals while demonstrating his finger dexterity and his way of playing the bass like a bongo (go man, go!). From acoustic sounds to hardcore fusion, sometimes loud but always ferocious, swinging with White bringing heavy support on the drums, with piano, at times two keyboards and Clarke on electric bass, it all sent crazy notes up your spine.