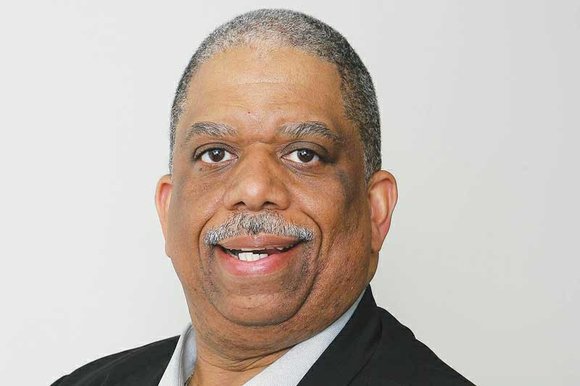 It seemed to come out of nowhere for those who aren’t in the political know, but it happened. Former Queens Councilman Leroy Comrie announced on Monday that he’s running for New York state Senate, challenging Malcolm Smith in the 14th District.

Comrie represented the 27th Council District from 2002 to 2013, where he served as the deputy majority leader of the City Council and chairman of its Queens Delegation. He most recently served as Queens deputy borough president.

“I am truly humbled to have this strong show of support so early on,” said Comrie in a statement. “It simply means people are ready for a change. The 14th District will not be sidelined waiting for a leader to do the right thing. I’ve received a lot of positive feedback from a lot of people, and I am honored that they are putting their faith in me.”

Comrie’s correct when it comes to strong support. Elected officials were quick to hop on the bandwagon and publicly praise the former councilman for his state Senate bid.

“For decades, Leroy Comrie has been a dedicated public servant who has delivered for his community and the people of Queens,” said Rep. Joe Crowley. “Leroy has been on the forefront of building better schools for our children, protecting our seniors and helping to create thousands of jobs across New York. Now, we need Leroy in Albany delivering for us on the issues that matter most.”

“We appreciate Leroy Comrie’s ability to get things done,” said the Rev. Charles L. Norris Sr., executive secretary of Clergy United for Community Empowerment. “Throughout his public service, Leroy Comrie developed and maintained good relationships with others in government and at nonprofits. The people of southeast Queens will benefit through Leroy’s ability to work successfully with others in government and in the nonprofit arena.”

Comrie’s campaigning against an embattled Smith, who was arrested last year, along with other officials, and charged with bribery, extortion and mail and wire fraud. Much of the operation involved Smith’s aspirations to secede Michael Bloomberg as mayor of New York City.

“I have worked with Leroy Comrie much of his time in public service,” said Miller in a statement. “We worked together to benefit the community even before I took office as president of Amalgamated Transit Union Local 1056, and since I entered the City Council, I continue to work closely with the deputy borough president. Southeast Queens will reap the benefits when Leroy Comrie enters the state Senate.”