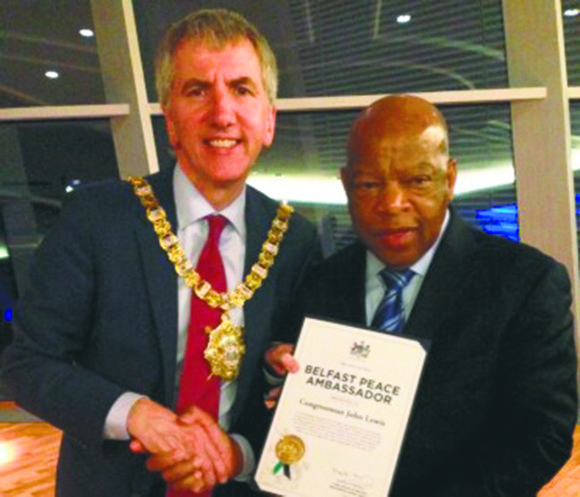 For 20 years, the Washington Ireland Program has been bringing young people from Ireland to Washington, D.C., for internships that broaden their horizons and enhance their education. This week, however, the traffic was in the other direction as the program founder, Carol Wheeler, led a “faith and politics” delegation from the U.S. to meet with change-makers and peace-builders there.

Among the group that travelled to Belfast were Sen. Mazie Hirono of Hawaii—the only immigrant in the U.S. Senate and a staunch advocate of immigration reform—and Rep. John Lewis, a famed civil rights veteran who has spent the past half century testifying to the transformative power of love.