Nets battling to advance in the NBA playoffs 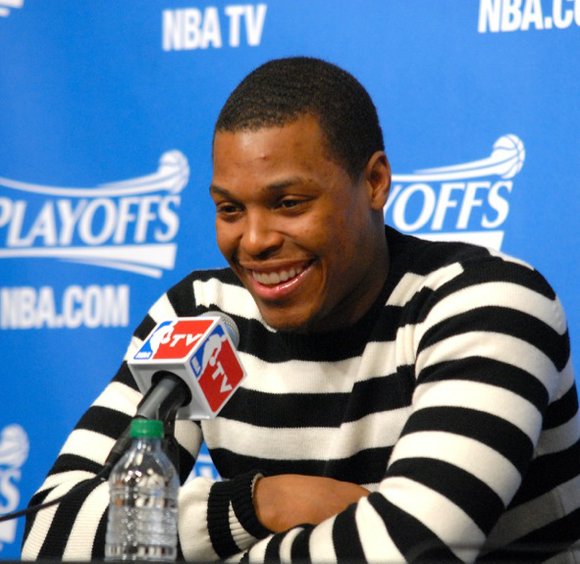 The first round of the NBA Eastern Conference playoffs between the Brooklyn Nets and Toronto Raptors may well go seven games. The series, now 2-2, continued last night (Wednesday) with Game 5 in Toronto. Game 6 will happen tomorrow night (Friday) in Brooklyn.

The upset-minded Washington Wizards won their opening series 4-1 with an eliminating 75-69 win over the Chicago Bulls. In the Washington Wizards’ 4-1 series win, they eliminated the Chicago Bulls 75-69. Brooklyn lost focus late in the fourth quarter of their 87-79 home court loss at Toronto earlier this week, tying 2-2. These first four playoff games are imitating the regular season, with each team winning two apiece, and one each in the opponent’s building.

What has interrupted Brooklyn’s inner sanctum, its harmony, its togetherness, is the Toronto Raptors’ backcourt, the play of Kyle Lowry and DeMar DeRozan. Brooklyn loses its focus when it comes to defending those two Raptors. Both have been able to score on jumpers, and the Nets have also permitted them to drive and penetrate for easy layups. Lowry is playing despite a painful injury to his right knee he got in Game 3.

The Nets also lost focus late in the fourth quarter of Game 4, causing them to lose a game they could have won. Game 6 will be played at Barclays Center.

Sometimes, real-life situations must take precedence over our social and extracurricular concerns. You may remember what a noted American author once said: “Great achievement is usually born of great sacrifice.” Yada, yada, yada!