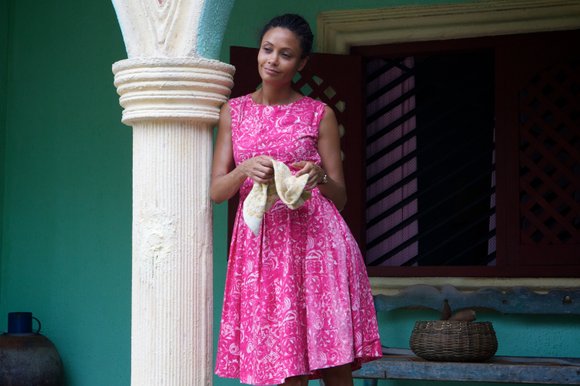 “Half of a Yellow Sun”

The cinema of Nigeria (referred to informally as Nollywood) exploded into a booming industry in the late 1990s and pushed foreign media off the shelves. In the 1990s and 2000s, Nollywood became the second largest film industry, placing it ahead of the United States and only behind Indian cinema, raking in approximately $5.1 billon from film and video sales annually.

This month, some of the latest work from talented filmmakers representing the continent of Africa will be presented from May 7-13 at the 21st New York African Film Festival (NYAFF) at Film Society of Lincoln Center. Organized under the banner theme “Revolution and Liberation in the Digital Age,” the initial leg of the festival includes 11 features and eight short films from various African nations.

“Today, the golden era of technology not only allows the African public to see films made about their own realities, but also exhorts each generation of filmmakers to raise the bar with the stories they tell about the continent and its diaspora, resulting in a veritable digital revolution,” African Film Festival Executive Director and NYAFF founder Mahen Bonetti told the AmNews. “The power of Nollywood is that it is giving each region a template to jumpstart its own cinematic history. That is huge. Over the years, we have developed this really strong bond with the filmmakers.”

Bonetti said that the NYAFF is a medium for the new generation of filmmakers who give the African diaspora a face and voice. “For so many years, people were able to see Africa through lenses of photography and now moving images,” she said. “Each year we have all of these milestones in African history. I look at the festival as a place where we celebrate the harvest.”

The festival’s opening night presentation will celebrate the 100th centenary of the unification of Nigeria with “Confusion Na Wa,” the dark comedy by Kenneth Gyang, winner of Best Picture at the 2013 African Movie Academy Awards.

Audiences will be able to preview the acclaimed film “Half of a Yellow Sun” before its release on May 16. The movie is based on the international best-selling novel by award-winning Nigerian author Chimamanda Ngozi Adichie. Directed by Biyi Bandele, “Half of a Yellow Sun” stars Thandie Newton (“The Pursuit of Happyness,” “Mission: Impossible II”) and Anika Noni Rose (“Dreamgirls” and “For Colored Girls”) as glamorous twins navigating life, love and the turbulence of the Biafra Nigerian Civil War in the 1960s.

Prepare to laugh as the NYAFF presents a few lighthearted comedies, including “It’s Us” (“Ni Si Si”), as well as the U.S. premiere of the short “Soko Sonko” (“The Market King”).

The closing night film on Tuesday, May 13 will be “Sarraounia,” a film based on historical accounts of Queen Sarraounia, a fierce warrior who led the Azans of Niger into battle against French colonialists and enslavement.

The festival raps up May 23-26 at the Brooklyn Academy of Music’s BAMcinématek. For details, visit www.africanfilmny.org.