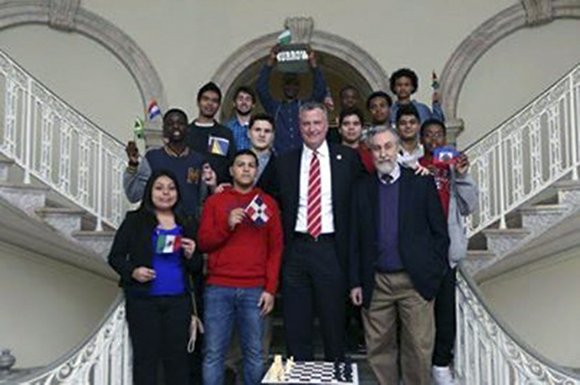 On May 3, more than 300 of New York City’s top-rated scholastic chess players will compete in the 12th annual New York City Mayor’s Cup Chess Championships for the chance to be named the “Best in the City.” The tournament will take place at P.S. 11 (the William T. Harris School), located at 321 W. 20th St. in Manhattan. The final round begins at 2:15 p.m.

The Mayor’s Cup, produced by NYC & Company in partnership with Chess-in-the-Schools, is an officially sanctioned U.S. Chess Federation event.

The Mayor’s Cup series is produced by NYC & Company, the city’s marketing, tourism and partnership organization. The series showcases student athletes of all ages from across the five boroughs as they compete to prove they are New York City’s best in 10 different sports throughout the school year.