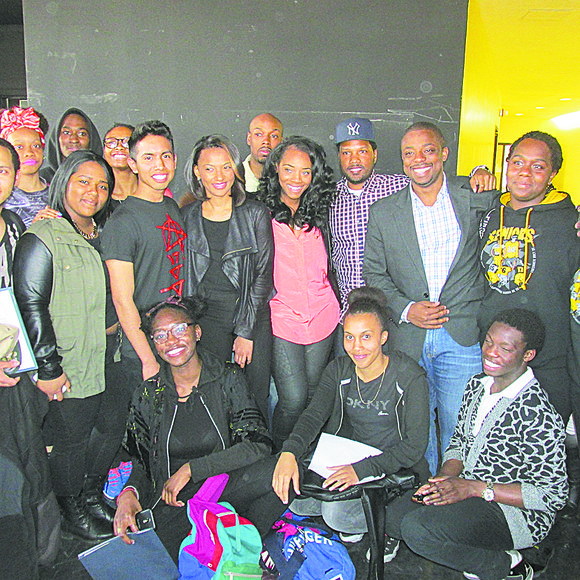 Harlem’s Wadleigh Secondary School for the Performing Arts was spared from a spate of school closures in 2012. However, as the school moves forward, the community is looking for ways for the school to thrive.

Following the Department of Education’s reversal, the organization Young Professionals United for Change (YP4C), in partnership with school officials and community leaders, launched a weekly mentoring initiative. Focusing on promoting academic achievement, students are being exposed to inspirational and practical messages of success and perseverance delivered by young professionals of color who have overcome adversity.

YP4C founder Brian Benjamin said he became active when news broke that the school was in danger of closing. While he was successful in his efforts to save Wadleigh, he wanted to take things a step further. Benjamin has been involved with the school for two years.

“It’s one thing to save a school from being closed down, but it’s another thing to help propel and move and be a great place where students can grow and become an inspiration for others,” he said. “I wanted to focus on giving them vision on what they can be. I wanted to create an initiative where I bring in different speakers to talk to them and listen to them.”

Many students at the school have expressed interest in being entrepreneurs. Last week, students got a treat in the form of a panel discussion that included “Love and Hip Hop New York” reality TV stars Yandy Smith and Mendeecee Harris and filmmaker Noel Calloway.

The group talked about their educational backgrounds and how they became successful in the entertainment business. Smith, who organized the panel, is a Howard University honors graduate and currently owns several businesses, manages musical acts and maintains the website everythinggirlslove.com.

“It’s so important for the young people who are getting ready to transition to college to sit and talk to people who have been successful,” Smith said. “I am a success story. I want to be the voice that you can do things like this and end up like me. I feel like I have something to offer young people because of all I’ve been through. I’m a businesses woman.”

Harris, who owns Beat Factory Studios in the Bronx and manages artists, also spoke to the students about being an entrepreneur. “I wanted to tell them that while they may face many things in life, don’t let things they go through determine what they can become,” he said.

Benjamin said that having the weekly initiative is a great way to get the students excited about education and wanting to succeed.

“When you bring celebrities to school, that means school is cool, and that’s where we want to be. I’ve had kids say they never thought they could be an entrepreneur. We’ve gotten so much positive feedback from the students and they want to make things happen.”