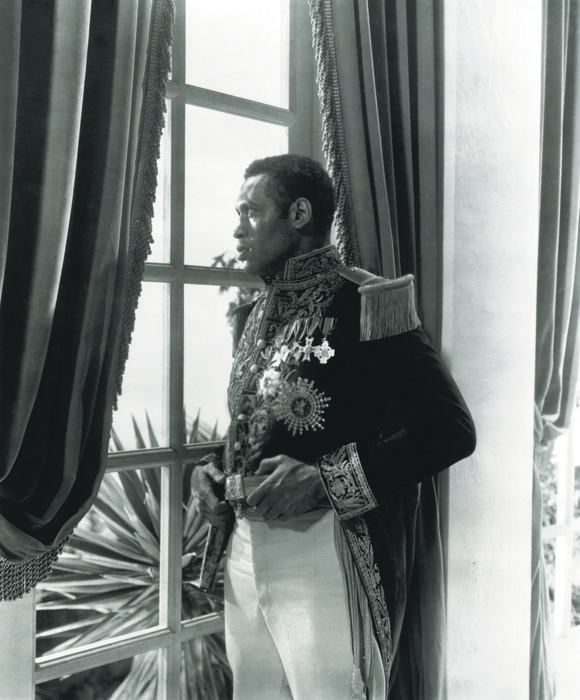 Paul Robeson in “The Emperor Jones”

The Rev. Dr. Gregory Robeson Smith, the grandson of Ben Robeson, the brother of the elder Paul Robeson, officiated and informed the modest-sized gathering of people that his words from Corinthians were the same ones he recited at the younger Paul Robeson’s son David’s funeral in 1998:“

If I speak God’s word with power, revealing all his mysteries and making everything plain as day, and if I have faith that says to a mountain, ‘Jump,’ and it jumps, but I don’t love, I’m nothing.”

But to Dinkins, the elder and younger Paul Robeson were a powerful tandem of “critical thinkers, multilingual and fighters against injustice,” he said. “Paul Jr. learned how to be his own man.”

The Robesons’ longtime friend and comrade Henry Foner wasn’t able to attend but sent his best wishers and warm regards for the family, which included Marilyn, the younger Paul Robeson’s wife, his daughter Susan and grandson Emanuel Quintero.

“I had the privilege to work by his side,” Foner said of the younger Paul Robeson.

Interwoven between the fond memories was a lovely bouquet of songs by Nicole Elaine Phifer, accompanied by a pianist of great skill and invention.

Robison, who was named after the elder Paul Robeson, performed Johann Sebastian Bach’s “Sarabande” from “Partita in A Minor” that was soft and carried all the warmth and majesty of the father and son.

Belafonte was typically generous and thoughtful in his reflections on one man for whom he had patterned his life and the other who he came to love and respect. But the younger Paul Robeson, he said, was “angry … angry that the things his father stood for had not been appreciated and emulated.” Both men, he insisted, were fighters for justice, and that will be their legacy.

Susan Robeson spoke for the family and recalled a few of the unforgettable lessons she learned from her father, including how to dive into a wave and recover. “And that’s the way he dove into the ocean of life,” she said, “and go back again and again despite the waves.” She remembered grabbing the pinkie on his hand, “and it felt like a tree trunk.” Like his father, the younger Paul Robeson had large hands and a very firm grip.

“And he had the loudest and the longest laugh,” she concluded, and then surrendered the podium to Quintero, who read from Kahlil Gibran’s “The Prophet.”

“Death changes nothing but the masks that cover our faces,” he read. “The woodsman shall still be a woodsman, the ploughman, a ploughman, and he who sang his song to the wind shall sing it also to the moving spheres.”

And that the great Robesons will do.