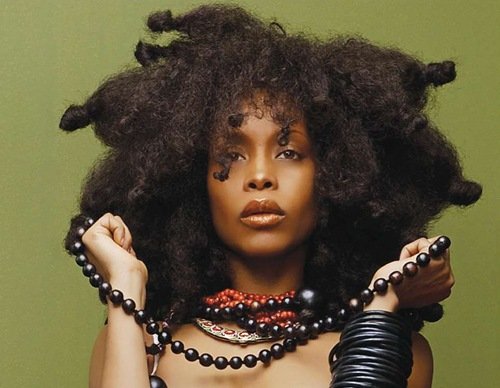 May 5 (GIN) – Pop icon Erykah Badu was the surprise guest of honor at a swanky party for Swaziland’s King Mswati who turned 46 this month. The lavish event was held at one of Mswati’s many palaces.

The performance by Badu, who claims to be a “civil rights advocate,” shocked human rights organizations who condemned her for performing for Mswati, the last absolute monarch in Africa who has maintained dictatorial control of that country for nearly three decades.

Badu first brushed human rights groups aside, Time magazine reported, retweeting a comment that she “owes nobody an explanation of why she performed in Swaziland.” Badu claimed the visit “was harmless,” that “she thought nothing of it,” that she went into a situation not completely knowing the political climate of the kingdom.

Badu was reportedly brought to the party by celebrity goldsmith Jacob Arabo. Her show was also sponsored by Salgaocar, an Indian mining giant that operates a huge iron ore facility in a Swaziland nature reserve.

Badu has not made a comment about her corporate sponsor, which has come under heavy fire for corruption, water pollution and grotesque environmental damage.

Later this month Badu will perform for Yahya Jammeh, the despotic ruler of The Gambia in West Africa.

Badu reportedly gave Mswati a $100-bill as a birthday present, as well as "a special stone to uplift His Majesty's spirits when he was feeling down", according to a local newspaper.

In an interview with the Dallas Morning News, Badu said: “I can’t be held responsible for the situation in the kingdom, because I signed up as an artist, not as a political activist. I don’t belong to anyone or to anything … And all the money that I got from the trip I gave to all the servants in the house."

“In the end, I love everyone, and I see freedom ahead for those enslaved and the slave masters. Guess I’m guilty — again.”