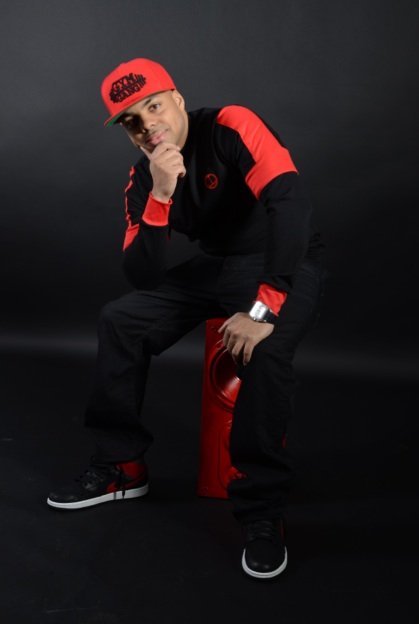 Headlines in 2008 blasted Hasan “Hocus 45th” Harris and his brother as kingpins of a major gang. However, after spending four years in jail awaiting trial and being found not guilty by a jury, his innocence received little fanfare.

Now out and a free man, Harris is combining his experience and his passion for hip-hop by spreading the word about the negative aspects of being involved in violence. He’s telling everyone to put down the guns in a new song he has recorded and has joined the anti-violence movement.

Harris, a native of Castle Hill in the Bronx, said that when growing up in the projects, he witnessed widespread drug use and violence. While he did make some bad decisions in life while growing up, he was falsely accused and imprisoned in 2008 on charges including conspiracy ,facing 25 years.

“I did things in the past, and I made some mistakes,” he said. “They had someone lie on us to get us behind bars. Someone made up a story.”

That story ended with Harris being sent to Rikers Island without bail and awaiting trial for four years. Prior to going to jail, he was very heavy in the hip-hop scene with his rap group Bang Bang Boogie. The group was even highlighted in Billboard magazine and promoted by rapper 50 Cent.

“It was like my dream [was] snatched from me. They took me away from my kids, stole my life from me and destroyed my relationship. It ruined my career. At the same time, I don’t have any regrets because I learned a lot.”

While in jail, Harris said he did a lot of reading, lost 60 pounds and became a vegan. The time he spent behind bars also served as a wake-up call to make a change. He and his brother were acquitted on all charges by a jury and released from jail in December 2012.

“I decided I didn’t wanna live like that anymore and I wanted to be a different person,” he said.

Picking back up where he left off in his music, Harris released a mixtape titled Here 2 Stay featuring the song “Gun Control,” which advocates for all people to put the guns down.

While the song is about the danger of guns in the community, it also highlights the dangers of gun use by law enforcement. Harris specifically highlights the shooting deaths of Sean Bell and Amadou Diallo at the hands of the NYPD.

Harris said he wants to set himself apart from the dangerous, violent culture many rappers discuss in their music.

“I’m all for [the] right to bear arms, but my song promotes gun control as people being able to use guns safely and justifiably,” he said. “I didn’t only want to change myself; I don’t want to see people go through what I went through. The same change I want to do, I want in other people.”

Now, with new music and a message, Harris is ready to spread the word. By joining the anti-violence movement, he wants to reach out to youths and warn them about the danger and destruction gangs and violence have on the community.

“We need people like me that kids look up to who have been [in] my situation. Kids respect people who have experienced life, and we need to be more involved in their lives and in the community,” he said.