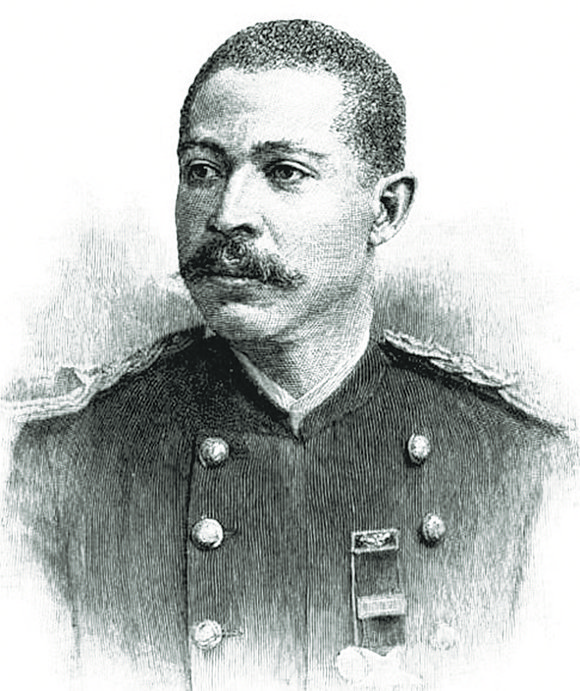 Recently, there have been a number of books about the Congo. Last week, for example, one by a David Von Reybrouck was getting its share of reviews. A few years ago, Adam Hochschild’s “King Leopold’s Ghost” was all the rave, and that book reminded me of Mark Twain’s practically forgotten “King Leopold’s Soliloquy.” But a friend called me the other day and told me that George Washington Williams is never mentioned during discussions on the Congo, and, to speak further of his anonymity, his name is rarely included among the pioneers in African-American historiography.

Find out more: It would certainly be rewarding to get a chance to see George Washington Williams’ early diaries, but his other books have been reprinted, and a visit to the best archives (Schomburg, Moorland-Spingarn, etc.) will acquaint one with the work Dr. John Hope Franklin used so judiciously.

Discussion: The Congo is indeed in the news, and while discussing the current situation, it would be wise to check out historical documents that provide some indication of how things got so bad, particularly regarding the legacy of Patrice Lumumba.

Place in context: Williams was born in 1849 and died in 1891. Between these two dates, the Mexican War and the Civil War occurred, and Williams was a participant in both. To what degree did these experiences shape the rest of his life?

In the 1940s, when the late Dr. John Hope Franklin was beginning to do his research on the book that would become the phenomenally rewarding “From Slavery to Freedom,” he stumbled upon Williams’ book “A History of the Negro Race.” Despite being an eminent scholar, Franklin had never heard of someone who had been dubbed the “grandfather of Afro-American scholarship.” If Franklin had been a bit more familiar with W.E.B. Du Bois’ “Black Reconstruction,” particularly the last chapter, “The Propaganda of History,” he would have had a leg up on Williams’ contributions. Du Bois cites Williams as among the emerging Black scholars then prepared to challenge the apologist school of thought, one that proclaimed that slavery was an “educational institution.”

One of the leaders of this group of thinkers was James Ford Rhodes, who wrote that African people had made no significant contribution to human history and had not produced anyone to document or record what they had done. He didn’t know about Williams, who, 10 years before Rhodes published his book on American history in 1893, had written several volumes on Black history, with a particular emphasis on the Black soldiers in the Civil War.

After Franklin confessed his ignorance, he set on what turned out to be an almost lifelong pursuit of Williams’ life and legacy. In 1985, his biography of Williams came out, though it did not get the fanfare and attention that the current books on the Congo are receiving. As Franklin discovered, Williams, almost from his early years coming of age in Pennsylvania, was destined for a life of adventure. He was 14 in 1864 when he ran away from home to join the Union Army during the Civil War. The battle-tested young man then fought with the forces in Mexico that overthrew Maximilian, who, ironically, was King Leopold’s brother-in-law.

By the time he was 24, he had acquired a first-rate education from Newton Theological Institution. He was a quick study, because when he entered the school, he was only semi-literate, yet he graduated a well-developed writer and scholar.

May 4, 1970: A Pulitzer Prize is awarded to playwright Charles Gordone for his play “No Place to Be Somebody.”

May 5, 1969: Photographer Moneta Sleet Jr. of the Johnson Publishing Company wins a Pulitzer Prize for his photo of a weeping Coretta Scott King and her daughter Bernice at Dr. Martin Luther King’s funeral.

May 6, 1931: Baseball immortal Willie Mays is born in Alabama. He was twice the National League’s MVP with the New York Giants.

In rapid succession, he was the minister of a church and editor of a paper in the process of making a name for himself in intellectual and academic circles. It paid off handsomely by 1890, when he was sent to study conditions in the Belgian Congo under the patronage of a famous railroad magnate. Williams made an extensive tour of the vast Congo, wrote an open letter to King Leopold about the inhuman brutality he witnessed (which would culminate in the loss of millions of lives) and returned to England with the purpose of writing a longer study of his tour.

But that project was never completed. Williams, 41, died in England in 1891, but he left behind just enough work to give Franklin what he needed for his biography. However, Franklin was upset that he never had a chance to see the diary Williams kept during his early years.

What helped Franklin immensely were the letters and reports his subject sent to his benefactor, Collis Huntington. Thus, his study of Williams is really one historian in search of the other. And beyond having a three-part name, they both were deeply committed scholars and researchers, and while Franklin finally got all the recognition he deserved before his death in 2009 at 94, Williams continues to linger in the shadows of Americana, hardly a footnote in the ongoing tragedy in the Congo.

At the end of his biography, in the appendix, Franklin added Williams’ report from the Congo, and there we can gather some notion of the travail he endured while traveling across the Congo. “My travels extended from the mouth of the Congo at Banana, where it empties into the South Atlantic, to its headwaters at the Seventh Cataract, at Stanley-Falls,” Williams wrote, “and from Brazzaville, on Stanley-Pool, to the South Atlantic Ocean at Loango. I passed through the French-Congo via Comba, Bouenza and Loudima. In four months, or in 125 days, I travelled 3,266 miles, passing from Southwestern Africa to East Central Africa, and back to the sea.

“I camped in the bushes 76 times,” Williams continued, “and on other occasions received hospitality of traders, missionaries and natives. Of my 85 natives I lost not a life, although we sometimes suffered from fatigue, hunger and heat.”

It was clearly a grueling and arduous trip, but one that the adventurous Williams relished, and to have seen the diaries he kept of his experiences in the Civil War and Mexico and later as he acquired an education and took his place among the learned would only add to his thrilling and always exciting story.