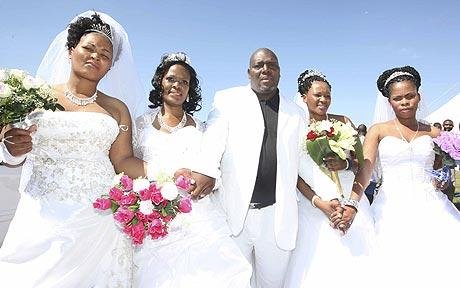 May 5 (GIN) – A U.S. State Dept. official has found something to like in Kenya’s new legislation legalizing multiple marriages.

“The legislation is quite complex and appears to include elements that represent steps forward toward greater equality for women,” a State Department official said in an interview with Kenya’s Daily Nation.

“But the job is clearly a work in progress,” the official said, adding that the legislation includes some provisions that codify existing traditional practices that disempower some women.

Kenya's Federation of Women Lawyers supports some aspects of the law but criticizes others. "We are happy with the law because finally all marriages are being treated equally," Kenyan federation director Christine Ochieng said in a press interview.

The initiative is long overdue because polygamous unions were previously not regarded as equal to regular marriages, the federation said.

Several female MPs had stormed out of Parliament in March when the legislation was introduced. They were reacting to removing a provision enabling a man's first wife to veto her husband's choice of additional spouses.

“This is what I think,” wrote Martha Akelo Opondo on the Daily Nation website. It’s like somebody has invaded your house and is attacking innocent people… There are people who feel the world is too small to share, to live and let live, just to wake up each day and marvel at God's wonders and allow others to revel in His Goodness.

“If you ask me enough is enough. Its high time our leaders stopped issuing threats and statements. Its time to strategize. The truth is we are at war. When two cities are bombed two days consecutively (Wang' teko), it is time to think and think hard. .. It is time to save ourselves.”