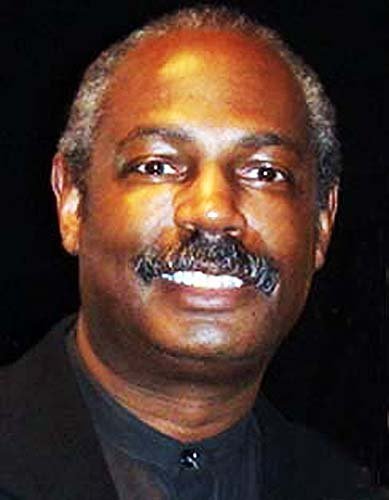 Charles Rogers, a long-time entertainment columnist for this publication who kept his readers in the know about their favorite celebrities, from actors to singers, Black theater and major productions, died on April 29 at the Bishop Henry B. Hucles Nursing Home in Brooklyn. The cause of death was cancer, as confirmed by his son Prince Charles E. El Rogers-El. He was 67.

Rogers was a persevering writer who earned a reputation as a noted columnist, writing his “Different Stages” column for this publication and as a public relations consultant, manager, songwriter and media coach.

He loved the art of communication and used the banner of Charles Rogers Communications to promote his writing and work his magic as a publicist known for getting results for many clients over the years.

“Charles Rogers’ passing dims the lights on Black Broadway, Black off-Broadway and Black off-off Broadway, because that’s where he could be found listening, appreciating, writing, supporting and chronicling,” stated Ann Tripp, news director at WBLS-FM. “He could always be counted on to give a little ink to those new to the scene as well as to make sure his readers never forgot the great ones whose contributions were poached and who were never given their due by mainstream entertainment reporters.”

Rogers started pitching his media coaching classes to major record companies just as the big surge to sign rap artists and teen groups began. He realized these young newcomers would need coaching in speech and television etiquette before they were ready to be interviewed by major publications and electronic media. It was an idea that many record labels such as Epic, Sony, Polydor and Arista Records recognized, hiring Rogers soon thereafter.

“Charles was my friend, my brother, my salsa partner, the journalist I could always count on when I needed him,” said La’Verne Perry-Kennedy, former VP of media relations with Sony Music. “He was the consummate professional and could turn out a bio, press release or canned feature faster than anyone I know! He wrote the first Luther Vandross bio for me—the first of many! I will miss him dearly.”

Rogers started writing over 30 years ago, long before computers hit the scene. He and I used to laugh hysterically about how we used to type all our pieces on those manual typewriters, and if you made a mistake, you had to start all over again, then hand-deliver the pieces to the publications. Plus, as a publicist, he hand-delivered all his press releases to the various publications in the rain, snow or sleet. Summer and spring were the best for deliveries.

Rogers easily made the transition to the world of technology with its computers and smartphones. It turned out he was so busy, he needed a desktop and laptop to keep up with his growing communications company and all his clients.

He wrote his first column for this publication 30 years ago. During those three decades, his column remained fresh and informative, often with tantalizing tidbits that only he could get from the stars with his cool look and savoir faire. His column became a mainstay in this newspaper, earning him fans that defied any generation gap, stretching from teenagers to elders.

“Charles Rogers represented the Black press at a time when readers relied on the medium for clear, concise reportage related to people of color,” stated Vinette K. Pryce. “Using his column published in the Amsterdam News, he broached every aspect of the sports and entertainment spectrum, providing his perspectives on theater, films, music, television, publishing and the games. Charles’ poignant items were usually on the cutting edge of news reporting. More than anything, he was a colleague who tried to support others. He was a friend.”

In the early 1980s, Rogers was invited to write a syndicated column in London on America’s rap artists and the new hip-hop scene. For that project, Rogers adopted the name “Chuck Chill.” Needless to say, the man knew music, from R&B to blues, rap, jazz and funk.

Charles Edward Rogers Jr. was born to Ellen Mae Sawyer Rogers and Charles Edward Rogers Sr. on June 30, 1947, in Brooklyn, N.Y., where he was raised and resided until his death. He attended Thomas Jefferson High School and later joined the U.S. Army, getting stationed in Korea as a cook. His love for music and writing was already prevalent before he went into the service. He was given an honorable discharge after two years and returned home to Brooklyn.

After writing for some local publications, he attended Queens College, where he majored in journalism. By the late 1970s and into the 1980s, Rogers was writing for such popular teen publications as Right On!, Black Stars and Black Beat. When it came to writing biographies for new artists, Rogers was the go-to writer for such record labels as Sony, Epic, Arista, Motown, Warner Bros. and Atlantic.

Rogers’ flair earned him appearances in a few television commercials. He was a member of SAG-AFTRA and also hosted his own radio show, “The Charles Rogers Express.”

“Charles E. Rogers will forever remain in my mind as an outstanding entertainment reporter who always captured his readership with his in-depth stories and interviews,” stated Don Thomas, entertainment editor at the New York Beacon. “He was a personal friend and will surely be missed.”

Rogers was a Black press warrior, a wordsmith who kept the public informed of the happenings in the Black community and beyond, from entertainment to politics. Like his mentor Mel Tapley, a former AmNews editor, he was conscientious and believed in perfection. He inspired us to reach to the stratosphere. On this winding road of chaos, I am fortunate to have crossed paths with Rogers and call him a dear friend, who will greatly be missed. Hey, Chuck, write on.

Rogers’ funeral was held on May 6 at Duryea Presbyterian Church in Brooklyn. Following the funeral, he was laid to rest at the Calverton National Cemetery in Calverton, Long Island.