Only days left in Newark municipal election for mayor

Councilman Ras Baraka and Assistant Attorney General Shavar Jeffries have less than one week before an election that will decide the next mayor of Newark, N.J.

Baraka has taken a more traditional approach toward winning the mayor’s office through his experience as an educator and his work on the City Council. Jeffries boasts a long resume of service on the state level and results on fighting crime.

A polling memo released Monday morning by an independent expenditure group supporting Jeffries shows the race to be tightening significantly with only five days until the May 13 municipal election. The new poll, dated May 5, shows Baraka leading Jeffries by a 38 percent to 34 percent margin.

Since the beginning of the year, the combination of campaign and independent money spent by the candidates and their allies show a 4-to-1 margin in favor of Jeffries. This past week, Baraka was outspent by a 10-to-1 margin.

The winner of the Newark mayoral seat will inherit intractable violent crime, a struggling school district challenged by charter schools and the perpetual battle to attract development and create jobs.

Some say that Baraka is a crossover candidate who will unify a city that some say is racially divided. It is no surprise that the councilman and high school principal is the candidate endorsed by several labor unions, including the Newark Teachers’ Union, former Newark Mayor Sharpe James, Jersey City Mayor Steven Fulop and state Sen. Richard Codey.

A native of Newark, where his family has lived for more than 70 years, Baraka was educated in the Newark public schools system, received a bachelor’s degree in political science from Howard University and a master’s degree in education supervision from St. Peter’s University in Jersey City, N.J. Baraka is credited with transforming Central High School, where he served as principal since 2007.

“My mission is to mobilize the people and businesses of Newark to take our city from a local view to a global view,” said Baraka. “My vision for Newark’s future calls for more self-reliance, ingenuity and independence, eventually leading to less reliance on state and federal subsidies. Our strategy is not just to develop Newark’s downtown, but also to create and grow the new American city in all of our neighborhoods, to restore the vitality of every street and avenue and to create jobs locally.”

He says that the high unemployment could be equated to the high rate of violence. He says he would engage gangs and expand economic development to reduce crime and wants local control of the school system.

“We will identify the most dangerous areas and apply coordinated intervention, hire more police officers and have more officers ensuring safety in our streets,” said Baraka. 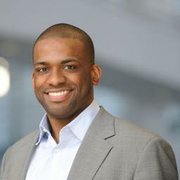 In a recent AmNews interview, he was asked why he decided to run for mayor. Jeffries responded, “I think it’s a great position from which to really drive the city’s quality of life forward in a dramatic way,” he told the AmNews. “I was really been inspired to run ever since my time as attorney general under Gov. Jon Corzine.”

During that time (2009), he worked with directors to help oversee the state’s crime plan and the Civil Rights Division. “I oversaw the Juvenile Justice Commission, which meant a lot to me, because any child in the state of New Jersey convicted of a crime goes through the Juvenile Justice Commission,” said Jeffries. “We were able to produce huge results in each of those buckets. It really changed the trajectory, effectively, of kids and families.”

Jeffries said that he has experience in reducing crime in New Jersey. “That means that there are people alive today based upon the work that we did,” he noted. “We helped children that came from the juvenile justice system to successfully reintegrate into society.”

It was also during that period in his career as a civil rights lawyer that he helped expand a Youth Build Program throughout the state of New Jersey as an alternative to incarceration. “I worked with community-based programs, alternative education programs, drug treatment, job training and promoted family unification in Newark,” he said. “All of these things I have done already.”

He said that people invested in him and gave him the opportunity to succeed. Now it was his turn. Jeffries grew up in South Ward section on Newark and was the child of the teenage mother. Unfortunately, as a result of a abusive relationship, she was killed. Jeffries was then raised by his grandmother and participated in activities at the local Boys and Girls Club. Then it was khakis and cardigans, Seton Hall Prep and Duke University, and then he received a law degree from Columbia University. “It was crystal clear that God didn’t bless me with this opportunity just to go to a prestigious law firm and live in a big house,” said Jeffries.“I have fought for civil rights and represented poor Black and Brown people my entire career.”