Run! It’s Good for You 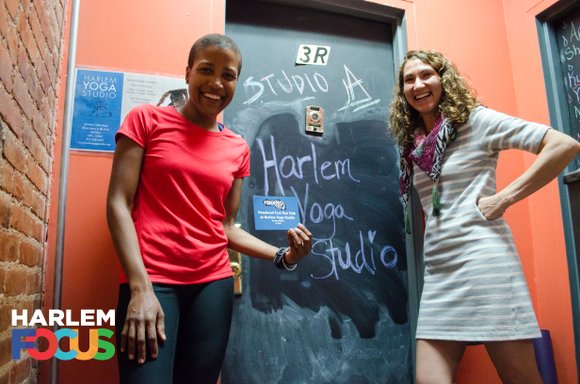 Two years ago, Harlem resident Alison Désir, decided to share her running experience through blogging. A year later her words evolved into actions.

“I always see people running but never in a group,” said Désir, 29. “I figured why not get everybody together, which is where the idea for the Monday night Harlem running club came from.”

Désir and two friends created the Powdered Feet Run Club, Harlem’s first run club, in November 2013 to offer a running service to people who don’t know how to start.

When she was younger, Désir’s parents claimed she had powdered feet.

“Powdered feet, the thing itself is a Haitian Creole thing,” she explained. “It means somebody who never stays still, somebody who’s always running around doing things. You never see that person, you just see their footprints in the powder,” she explains.

The club meets every Monday at 7 pm in the Harlem Yoga Studio, at 44 W. 125th St. on the third floor. It is completely free and everyone is welcome but you should be able to run more than just a mile or two.

“The idea is to run a few miles and then go out and get a drink. It’s really about building the Harlem running community and supporting local businesses,” says Désir.

“In the spring, I’m really hoping that we could get the word out. And, I’d love to have a group of 60 runners. It’s not a huge commitment. If you’re already a runner and you live in Harlem, why not come at 7 o’ clock,” she said.

Désir and her partners also offer individual training, though it is not free. Pricing depends on the type of training one is looking for.

Désir also plans on creating a non-profit Powdered Feet Academy, which will combine running and psychosocial programming to help those that have suffered from trauma or any type of accident—mental or physical.

“We’ll be providing them with a program that allows them to run and meet one of their goals, something they thought they’d never be able to do,” Désir said. “But also get some type of psychological counseling that will allow them to optimize their lives,” she explains.