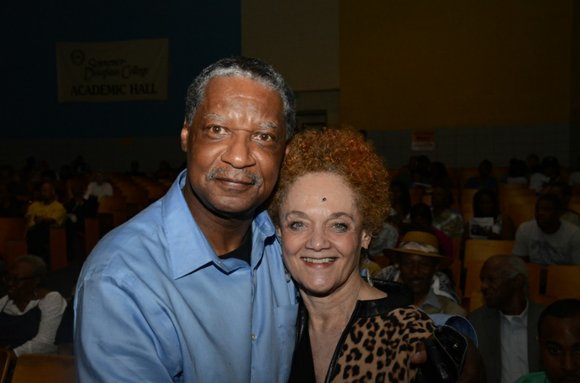 On Thursday, May 8 at Sojourner-Douglass College in Baltimore, community activists, scholars and cultural performers all welcomed home former Black Panther and political prisoner Marshall “Eddie” Conway. Conway, who was officially released on March 4 from Jessup Correctional Institution in Maryland, spent over 43 years in prison. He was convicted OF the murder of Baltimore Police Officer Donald Sager.

After four decades of appeals and community support, Conway was released under the “Unger decision.” The Unger decision is a ruling by the Appeals Court in Maryland that defendants who were tried in the state courts before 1980 were denied their constitutional rights because juries were inappropriately given trial instructions. As a result of this, their sentences can be changed to time served and probation.

Jennifer Bryant, a member of the National Black United Front and a recent supporter of Conway, attended the celebration and stated,“It was a beautiful show of love and support from the community. I am happy we are here to help him transition back into society.”

Former Black Panther Kathleen Cleaver, who keynoted the celebration, reminded everyone that Conway was a victim of the FBI’s Counterintelligence Program and that they have to keep organizing to free all political prisoners. “The FBI launched an attack on the Black male leadership of the Black Panther Party, and Eddie was one. We worked to bring him home and we have some more,” said Cleaver.

After a standing ovation, Conway thanked everyone for their years of letter writing, cards and financial contributions. Conway is currently working with the program Friend of a Friend. The program gives guidance to incarcerated young men and women. “I encourage everyone to get involved with mentoring programs for young people that have a cultural component to it,” Conway said to the audience.

For more information on Friend of a Friend, please visit www.afsc.org.