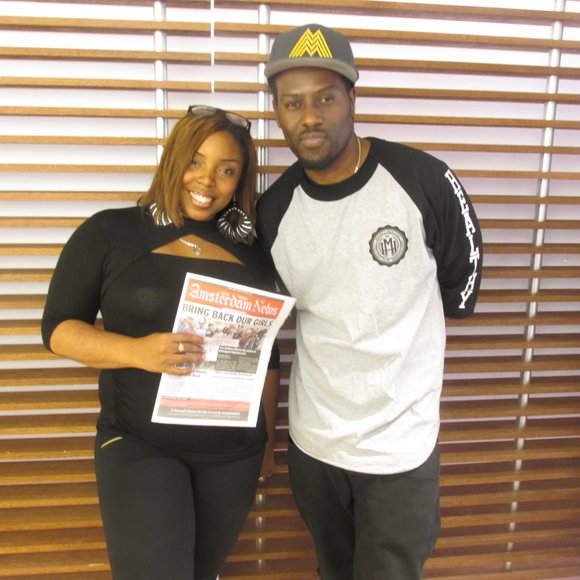 Hot 97’s Shani Kulture and WBLS’ Barbara De Laleu are on a mission to not only improve the lives of young people, but to change how people view the Black image.

Kulture is known as one of the team members on “The Hot 97 Morning Show,” while De Laleu is known for her work as a producer on WBLS’ “Express Yourself” with Imhotep Gary Byrd and WWRL La Invasora 1600AM. The two are using their influence to reach out to youth about living their best lives through “The Kulture Movement” and “No Disrespect” campaign.

Making their rounds to schools across the city, the Kulture Movement celebrates a lifestyle and people who show an example of progressive attitudes. The recently launched No Disrespect campaign is aimed at eradicating the idea that violence, fear and material things are a means for getting respect. The campaign is a vehicle to advance the anti-violence movement in many parts of the city. The motto for the campaign is “If you kill, you’re not keeping it real.”

Kulture and De Laleu came together while having a conversation at the radio station about Trayvon Martin and the negative themes cast upon the case involving the value of Black life.

“We wanted to create a real movement,” Kulture said. “We want respect as a culture and to make intelligence sexy. The Kulture Movement is meant to highlight people who are moving things forward. Focusing on youth is basically trying to take care of the next generation. ”

As teens are bombarded with images of success by way of reality television, violent and sexual lyrics in music and violence and drugs in neighborhood, De Laleu said the Kulture Movement is meant to give youth a different idea of what it means to be successful.

“I really had a passion for doing something like this,” she said. “I take my own experience of how I got into radio, and I tell teens who they should follow, what they should read. We tell them that if you take the shortcuts, there are quicker consequences.”

So far, Kulture and De Laleu have spoken at schools in Brooklyn such as the Academy for Young Writers and P.S. 26 Jesse Owens. The duo has also worked with Brooklyn Borough President Eric Adams and Kings County D.A. Ken Thompson on their Kulture Movement. Through the use of music and personalities kids recognize, they are able to get their message across and keep kids engaged. The approach is simple: Create a connection then lead by example.

After a recent visit to Rikers Island in the juvenile unit, Kulture said that youth are responding to the program because it allows them to speak freely about their aspirations.

“A lot of these kids are victims of circumstances,” he said. “What you find is that most kids are doing bad things because they want to be part of something. They don’t want to suffer anymore, and they just want to be heard.”

As for the next stages of the Kulture Movement, Kulture and De Laleu said they want to form a street team to serve as “foot soldiers.” The two also are interested in doing a docu-series.

“What we are doing will never die because it is coming from an authentic place,” said De Laleu.