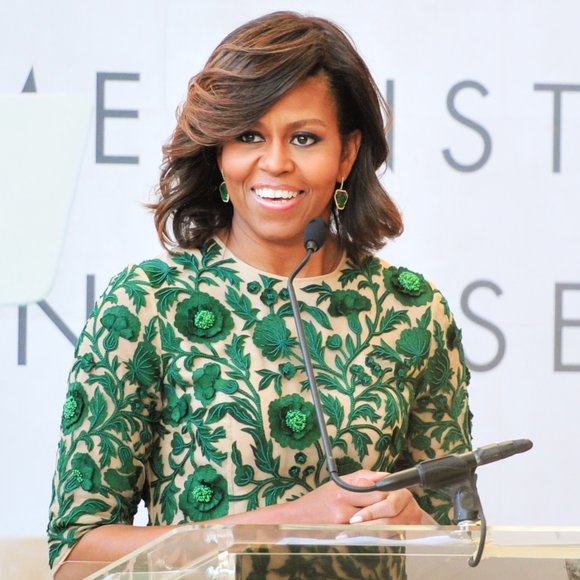 The Costume Institute’s new Anna Wintour Costume Center opened May 8 with the Metropolitan Museum of Art’s inaugural exhibition “Charles James: Beyond Fashion,” which is on view now through Aug. 10. The exhibition examines the career of legendary 20th century Anglo-American couturier Charles James (1906-1978) and explores James’ design process, specifically his use of sculptural, scientific and mathematical approaches to construct revolutionary ball gowns, and his innovative tailoring that continues to influence designers today. First lady Michelle Obama made an appearance for the ribbon-cutting and gala.

“Charles James considered himself an artist and approached fashion with a sculptor’s eye and a scientist’s logic,” said Thomas Campbell director ans CEO of the Met. “As, such, the Met is the ideal place to explore therich complexity of his innovative work.”

“Charles James: Beyond Fashion” features approximately 65 of the most notable designs James produced over the course of his career, from the 1920s until his death in 1978. Designs by Charles James at the Met

In the first-floor gallery, there are replicas of James’ sculpture of an ideal female form that introduce a portrait of Millicent Rogers in a James gown, which is on view in the main gallery. The gallery also presents one of six muslins created by James as teaching tools. They are displayed in a neighboring alcove with a sofa, which is a James design created for the de Menil family.

“James was an artist who chose fabric and its relationship to the human body as his medium of expression,” said Reeder, the consulting curator in the Costume Institute who is organizing the exhibition with Koda. “In fact, a devoted James client once said, ‘His work went beyond fashion to fine art.’” “Beyond Fashion” was also the title James chose for the autobiography he never completed.

After designing in his native London and then Paris, James arrived in New York City in 1940. Though he had no formal training, he is arguably one of the greatest designers to have worked in the tradition of haute couture in America. His fascination with complex cutting and seaming led to the creation of key design elements that he updated throughout his career. He designed wrap-over trousers, figure-eight skirts, body-hugging sheaths, ribbon capes and dresses, spiral-cut garments and poufs.