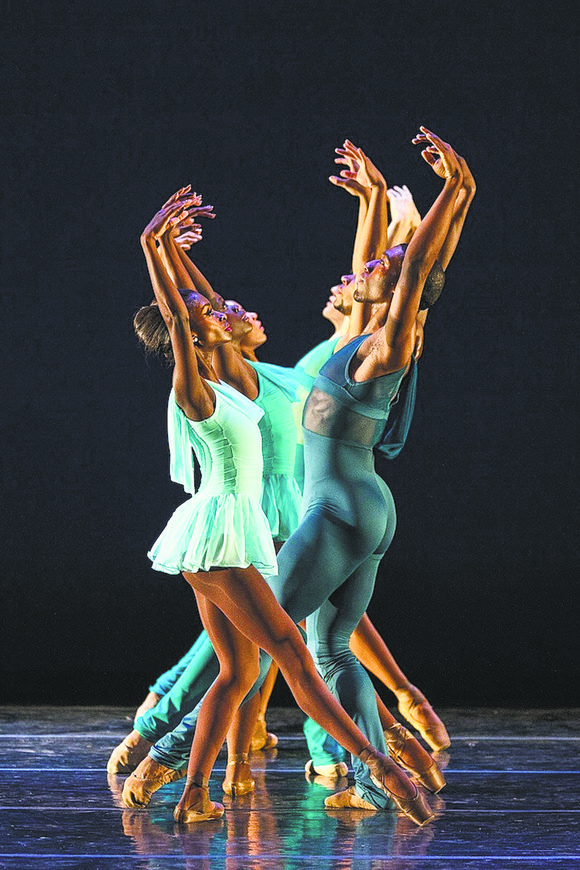 Dance Theatre of Harlem’s (DTH) recent season at Lincoln Center’s Rose Theater was all too brief but dazzling on so many levels.

First, this troupe of young dancers displayed an impressive technical ability combined with a confidence and ease that was both engaging and enjoyable.

Second, the season’s program was crafted to highlight their range.

And, third, well suffice it to say, with DTH’s phoenix-like reemergence, the company looks gloriously self-assured, vibrantly alive and technically on point, making this season a triumph.

Though this isn’t the company’s first season in its new incarnation, following a nine-year hiatus, it shows that DTH has emerged as an artistic enterprise with both a significant past and a promising future due to the adroit handling of a managerial and creative team headed by Artistic Director Virginia Johnson. Of course, Johnson’s place in dance history was secured years ago when she dazzled audiences as prima ballerina in the company founded by Arthur Mitchell, himself the first Black premier danseur with a major American ballet company.

But that was then and this is now. And the present is full of promise.

Ulysses Dove’s “Dancing on the Front Porch of Heaven” was a quieter piece. It was originally created in the mid-1990s for the Royal Swedish Ballet by a brilliant choreographer whose life and career ended far too soon.

“Dancing” is a haunting, somber and even melancholy piece that captures a difficult time in Dove’s life when he lost numerous close family and friends. He said it reflected his desire to “tell an experience in movement, a story without words and create a poetic monument over people I loved.” Dancers wearing simple white unitards moved about the darkened stage, in and out of pools of light with a Zen-like quality that was both haunting and calm.

Donald Byrd’s “Contested Space” rounded out the program with a breathtaking explosion of energy accentuated by leggy lunges, splits and other exquisite contortions performed solo or in groups designed to reflect contemporary couplings and relationships, captured through the lens of the choreographer’s 21st century, post-neoclassical sensibility.

Years ago, when I was the first Black dance critic for Dance magazine, I felt compelled to defend DTH against some for whom Blacks in ballet was a difficult concept to grasp. While DTH and others, including ABT’s Misty Copeland, are living proof that the times, they are a-changin’, it’s still important to acknowledge DTH’s unique place in history, even as we take pleasure in the promise of its future.