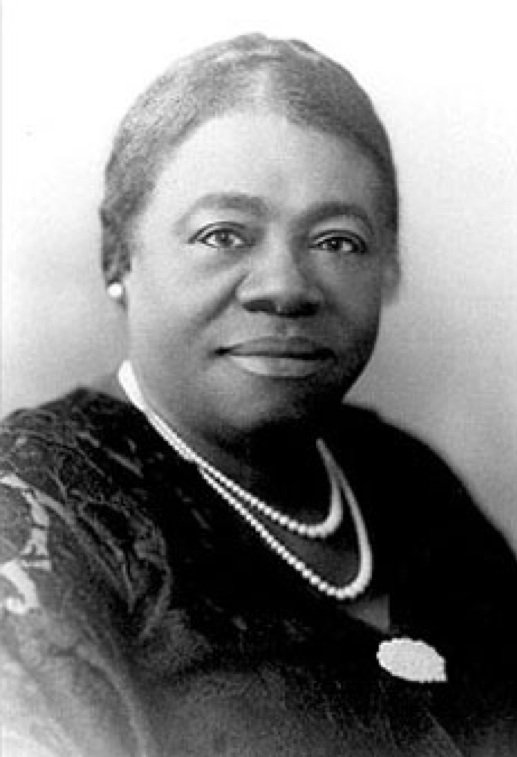 There are so many exciting and innovative ways to invoke our immortal ancestors, and the Central Brooklyn Leadership Council and the Men’s Ministry of Historic First Church of God in Christ in Brooklyn did it wonderfully in a pre-Mother’s Day event by saluting four women with its second annual Mary McLeod Bethune: Light of Our Life Awards. One of the awardees, Nicole Bailey Muhammad, is an educator, like Bethune. Muhammad is the founder and director of the Learning Tree School.

Whether it was intended or not, the coordinator of the event, Bob Law, neatly brought the present and past together with Bethune and Muhammad, and while Muhammad continues in her educational mission, Bethune’s was long ago established, most memorably, with the founding of her school Bethune-Cookman University in Daytona Beach, Fla., in 1904.

Find out more: Bethune left behind a trove of quotes that succinctly reveal her undying love to educate our young people. The best, and most accurate, information about her is at the school’s http://www.cookma...">website, which was very helpful in writing this brief profile

Discussion: Education was foremost in Bethune’s mission, but we wonder how she would feel about the current issues, her feelings on pre-K and charter schools. A thorough reading of her writings provides at least a glimpse on how she would respond.

Place in context: Among the highest governmental positions for Bethune were in the Roosevelt administration and as a special representative to the founding conference of the United Nations, which occured in the early 1940s. Did she come along at the right time or was she responsible for making it the right time?

To say that Bethune was born (1875-1955) to great disadvantage is an understatement. She was the 15th child of former slaves who had a farm in Maysville, S.C., where she worked the fields along with the rest of the family until she was 10. It is not exactly clear how she miraculously ended up at Trinity Presbyterian Mission School, but that was the first step in her educational journey, and learning to read opened a “whole new world,” she later wrote.

As a student at Scotia Seminary in North Carolina, her eyes and mind were opened to even larger vistas of opportunity, and the next stop on the horizon was Moody Bible Institute in Chicago. It was here that the missionary zeal was promoted, and Bethune was an easy convert. Unfortunately, or fortunately, there were no missionary posts available when she graduated, and so she took teaching assignments at Haines Institute in Augusta, Ga., and then the Kendall Institute in Sumpter, S.C. It was at Sumpter in 1897 that she met and married Albertus Bethune.

Teaching at other academies only nurtured her dream of having her own school, which she first attempted in Palatka before settling in Daytona Beach, according to the school’s website. Her Normal and Industrial Institute was originally an all-girl’s school that eventually merged with the Cookman Institute of Jacksonville, Fla., in 1923. This institute was taken over by the Board of Education of the United Methodist Church (See: “The Aldridge Historically Black College Guide,” Detroit, 1984, p. 39). In 1941, a four-year college degree program in liberal arts and teaching training was inaugurated. Two years later, the school had its first graduates with degrees in elementary education.

Meanwhile, as president of the college, Bethune began to make national connections in education, politics and civil rights that would propel her into the upper realm of higher education and government. Moreover, there was her tireless activity among various women’s groups and sororities, including the National Association of Colored Women’s Clubs, which she would later lead, and the National Council of Negro Women, which she founded in 1935. And we would be remiss not to mention her campaigns against the Ku Klux Klan and other racist organizations that sought to stifle Black advancement and human rights. She also figured prominently in the fight against lynching.

By 1936, she was fully in the spotlight as a national leader, receiving an invitation from the Roosevelt administration to join his cabinet. She was soon at the helm of the Division of Minority Affairs under the National Youth Administration—a position she would hold for seven years. Two prestigious appointments occurred in 1945 when she was a special representative of the State Department at the U.N.’s founding conference and later as a special assistant to the secretary of war to help select candidates for the newly formed Women’s Army Corps.

May 11, 1895: Classical music composer William Grant Still is born on this date in Woodsville, Miss. Among his most famous compositions is “Afro-American Symphony.”

May 13, 1985: The MOVE Organization, a back-to-nature group, has its home firebombed by the Philadelphia Police Department. Eleven people are killed, including five children.

May 13, 1950: Stevie Wonder is born on this date in Saginaw, Mich., and as a child performer began an illustrious career, including a treasury of American songs. He led the campaign to make Dr. Martin Luther King’s birthday a national holiday.

For additional facts on This Week in Black History, go to http://yenoba.com...">yenoba.com.

All of these prominent positions made her a highly respected African-American, and no matter what happened in the country, she was often called to serve in some capacity, which never seemed to decline. These commitments put her in a circle of notables such as Booker T. Washington and Mary Church Terrell—both of whom became cherished friends and associates.

In her final days, Bethune was still very active but decided it was time to leave behind some written words to go along with her already imperishable institutional legacy. A few of her most famous words exist in her last will and testament, from in which we quote the closing stanzas:

“I leave you a desire to live harmoniously with your fellow men. The problem of color is worldwide. It is found in Africa and Asia, Europe and South America. I appeal to American Negroes—North, South, East and West—to recognize their common problems and unite to solve them.

“I pray that we will learn to live harmoniously with the white race. So often, our difficulties have made us hypersensitive and truculent. I want to see my people conduct themselves naturally in all relationships—fully conscious of their manly responsibilities and deeply aware of their heritage. I want them to learn to understand whites and influence them for good, for it is advisable and sensible for us to do so. We are a minority of 15 million living side by side with a white majority. We must learn to deal with these people positively and on an individual basis.

“I leave you finally a responsibility to our young people. The world around us really belongs to youth, for youth will take over its future management. Our children must never lose their zeal for building a better world. They must not be discouraged from aspiring toward greatness, for they are to be the leaders of tomorrow. Nor must they forget that the masses of our people are still underprivileged, ill-housed, impoverished and victimized by discrimination. We have a powerful potential in our youth, and we must have the courage to change old ideas and practices so that we may direct their power toward good ends.

“Faith, courage, brotherhood, dignity, ambition, responsibility—these are needed today as never before. We must cultivate them and use them as tools for our task of completing the establishment of equality for the Negro. We must sharpen these tools in the struggle that faces us and find new ways of using them. The freedom gates are half-ajar. We must pry them fully open.

“If I have a legacy to leave my people, it is my philosophy of living and serving. As I face tomorrow, I am content, for I think I have spent my life well. I pray now that my philosophy may be helpful to those who share my vision of a world of peace, progress, brotherhood and love.”