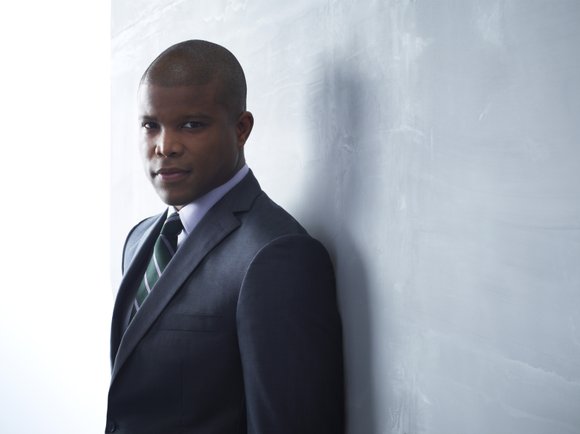 Greetings! Our birthday greetings to my brother, co-writing partner and Grammy Award-winning legend, the Wonderman, Steveland Morris, aka Stevie Wonder, who turned 64 on May 13. Stevie, you are an inspiration to us all. Happy birthday to you.

“After Midnight” will feature Fantasia through June 8 in her return to the stage to this Tony-nominated musical. The music is by select Jazz at Lincoln Center All-Stars. Brooks Atkinson Theatre, 256 W. Fourth St. For information, call 212-719-4099 or visit brooksatkinsontheatre.com.

B.B. King Blues Club in Times Square presents Troublefunk on Saturday, May 17, Capleton on May 22, Chante Moore on May 23, Felix Hernandez “Rhythm Revue” on May 25, Angela Winbush on May 30 and Sheila E. on Saturday, May 31. Visit bbkingsblues.com.

Tamar Braxton’s “Love & War” tour comes to Newark Symphony Hall on Saturday, May 31 in New Jersey! Get your tickets today by calling 973-643-8014, going to any Ticketmaster outlet or visiting Ticketmaster.com.

There will be an encore broadcast of “The African Americans: Many Rivers to Cross.” Check your PBS listings (channel 13, channel 21).

The New York Chapter of the National Association of Kawaida Organizations, in conjunction with the International African Arts Festival (IAAF), hosts the 45th annual Malcolm X Black Unity Awards Program. The 2014 award recipients are educator, writer and community activist Aminisha Black and the late Chokwe Lumumba, former mayor of Jackson, Miss. The keynote address will be delivered by Dr. Akinyele Omowale Umoja, department chair of African-American studies at Georgia State University. It will be held on Sunday, May 18 at 3:30 p.m. at Bed-Stuyvesant Restoration Plaza, 1368 Brooklyn Ave. A suggested minimum donation is requested. For more information, call 718-789-3264 or email nakoinfogroup@yahoo.com.

The Board for the Education of People of African Ancestry presents a panel discussion on “The Role of the School Guidance Counselor in Controlling and Contributing to Your Child’s Future College Admission and Career.” Panelists include Adelaide L. Sanford, vice chancellor emerita of the New York state Board of Regents, and Sister Jan McCray, retired guidance counselor in the New York City public school system. The event will take place on Sunday, May 18 at 3 p.m. at the Dr. John Henrik Clarke House, located at 286 Convent Ave. in Harlem. Call 347-907-0629 to RSVP or for further information.