Memorial services for Basil A. Paterson May 29 at Riverside 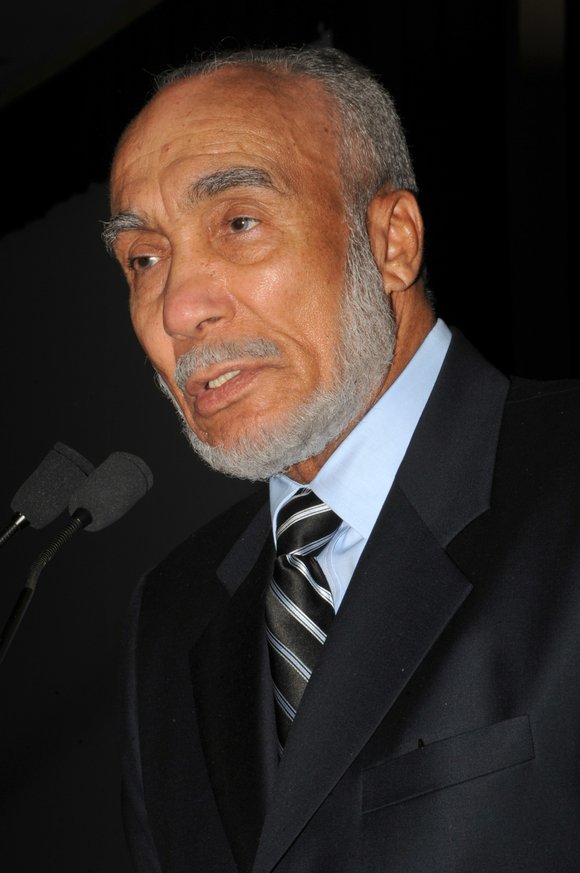 A memorial service for the esteemed attorney and civil servant Basil Alexander Paterson is scheduled for Thursday, May 29 at Riverside Baptist Church from 6 to 8 p.m. and all are welcome.

The outpouring of grief over Paterson’s passing on April 27, 11 days before his 88th birthday, was matched by the encomiums he received for his remarkable career in law and in politics.

“Basil was well-known throughout the community as a man of action, as someone who set his mind to accomplishments and always met those goals,” said his son former Gov. David Paterson in a statement when his father died. “He was a selfless leader, and he dedicated his life to making sure others’ lives were better. Throughout his life, he was known as a pillar of strength by so many throughout New York. For that, we know he was grateful.”

Paterson’s notable career began when he enrolled at St. John’s College, where he received his Bachelor of Science degree in biology in 1948 after having spent two years in the Army. During an interview with the prestigious website HistoryMakers, Paterson related that he entered St. John’s Law School and received his Juris Doctor in 1951. He began his professional career as a lawyer in Harlem, where he became a law partner with Ivan A. Michael and former New York City Mayor David Dinkins. Later, he and Dinkins would join forces with former Manhattan Borough President Percy Sutton and Rep. Charles Rangel to become the widely known “Gang of Four.”

In 1965, he was elected to the New York state Senate, where he would be ensconced until winning the primary to be the Democratic candidate for lieutenant governor. He and the ticket headed by Arthur Goldberg were defeated by Gov. Nelson A. Rockefeller. His son, David, would provide some solace for that setback when he became governor in 2008.

Paterson became the president and chief executive officer of the Institute for Mediation and Conflict Resolution in 1972. He remained in that position until 1977. He was the first elected African-American vice chairman of the Democratic National Committee in 1972. In 1978, Mayor Ed Koch appointed Paterson to the position of deputy mayor of labor relations and personnel. A year later, Gov. Hugh Carey appointed him to the position of New York secretary of state, making him the first African-American to hold that rank. In 1989, he became a commissioner of the Port Authority of New York and New Jersey, a position he held until 1995.

Along with the last of the legendary Gang of Four, Dinkins and Rangel, expect a coterie of notables at the service. For more information, contact Sean Darcy at 609-610-0543.