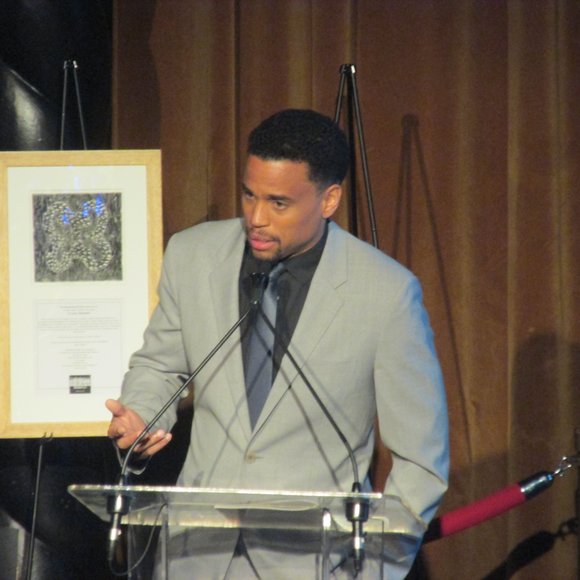 Some of the nation’s most influential Black figures were recently honored as Brotherhood/Sister Sol celebrated its 10th annual VOICES benefit gala. This year’s event was held at the Edison Ballroom in Midtown and honored Academy Award-nominated filmmaker Lee Daniels, founder and chairperson of Radio One Cathy Hughes and Golden Globe-nominated actor Michael Ealy.

This year’s theme was “A Child Grows in Harlem,” and the evening was hosted by journalist T.J. Holmes. The evening also brought out former New York City Mayor David Dinkins, DJ Beverly Bond and Cheryl “Salt” James of Salt-n-Pepa.

“VOICES is a particularly special event. It celebrates the unique model of our organization, the incredible achievement of our members and the broad reach of our policy work. We celebrate honorees that are in keeping with our mission, as well as all of the individuals and institutions that provide critical support for our work,” said Executive Director and co-founder Khary Lazarre-White.

Lazarre-White added that Brotherhood/Sister Sol has been able to provide many youth in the city with opportunities for higher education and international experiences.

“Through the aid and resources of our vast network of members and supporters, along with our dedicated staff, we have helped our students to overcome obstacles, redefine manhood and womanhood, create a moral code by which to live, bridge the educational gap, exceed the city’s standard youth-driven statistics on education, break cycles of poverty and, ultimately, gain admittance into some of the most prestigious colleges in the nation, including Yale, Columbia and Brown universities.”

Money raised at the gala will go to programs Brotherhood/Sister Sol provides, including job training, international study and college preparation.