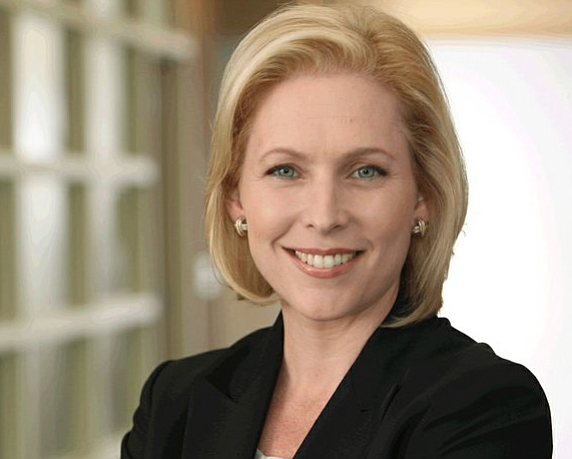 Sen. Kirsten Gillibrand has proposed a bill that would quell the fears many Americans have when it comes to taking out student loans. With graduates laden with debt and fearful of buying certain “American dream necessities” like cars and homes, student loans that seem impossible to repay have financially weakened the future players in the American economy.

In conjunction with the Bank of Students Emergency Loan Refinancing Act, introduced last week by Sen. Elizabeth Warren, Gillibrand has submitted a proposal to allow anyone with outstanding federal student loan debt to refinance the loans at lower interest rates—3.86 percent for undergraduate loans and 5.41 percent for graduate.

“This high amount of student debt is dragging down our economy, stopping graduates from buying homes and cars, or starting businesses and families,” said Gillibrand. “The solution is right in front us—our graduates should be able to refinance their debt in the same way that our businesses and homeowners do.”

New York students reportedly have it worse, with students across the state facing an average debt of $27,000 and with more than 10 percent failing to make payments as agreed upon in their contracts.

Aileen Sheil, a student at Queens College, reasons that the cost of a college education has unfortunately been on the rise for years now.

“The 40 million people who have student loan debt now hold collectively $1.2 trillion in debt,” she said. “There’s a whole generation of people who are coming into their careers and [into the] workforce with an existing burden of debt.”

She adds that this student debt problem disproportionately affects borrowers of color and low-income individuals who are taking out more loans, usually at higher interest rates, or private loans as opposed to federal.

Congress has acknowledged the overwhelmingly high interest rates for students in the United States and passed the Bipartisan Student Loan Certainty Act of 2013, which set student loan rates to the current financial market. This ensured that new federal student loans are allotted a rate of 3.86 percent and under. Gillibrand and Johnson resent the fact that this does not apply to previous graduates who may already be in deep debt, struggling to repay student loans.

“You have to give [all students] the opportunity to repay their debt so they can start building their future,” said Gillibrand.

Loaners argue that student loan interest rates are particularly high because of the high number of people who default on their loans, to which Gillibrand responds that if interest rates are lower, less people will default on their loans. Her legislation will reportedly provide graduates with a six-month window to reduce their rates on all federally owned student loans.

The proposal currently has the support of over 20 Democratic sponsors, and though there are no Republicans as of yet, there has not been any open opposition to the plan.

Gillibrand encourages students like Sheil, who serves as a NYPIRG chairperson, to “debate [the bill] nationwide, blog about it, post editorials and be heard on the issue” in order to garner the support of a Republican sponsor.

“While a higher education remains the clearest path into the middle class, more of our graduates are burdened by student loans than ever before,” she said. “This [bill] will help to strengthen our middle class families. This is common-sense policy—when we price young people out of a college education, we all pay a price.”