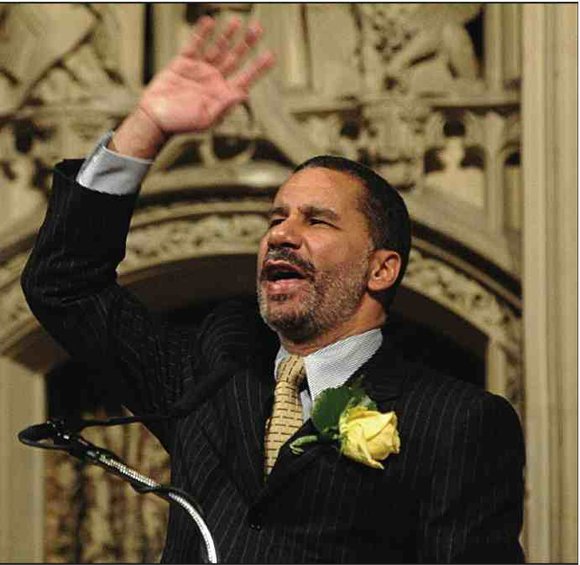 In a surprise to some in New York's political circles, former New York State Gov. David Paterson was tapped to become the new chair of New York State's Democratic Party.

"Governor Paterson is one of New York State’s finest public servants with a lifetime of fighting for a stronger and more progressive State, and there is no one better prepared to lead the State Democratic Party," said Cuomo in a statement. "I am pleased to welcome him on board and look forward to working together with him to strengthen our State and our Party. I also want to take this opportunity to thank Keith Wright and Stephanie Miner for their service.”

Prior to taking over as governor in the aftermath of the Eliot Spitzer sex scandal, Paterson served for over twenty years in the New York State Senate where he became the Senate Minority Leader in 2003. He also served as Lieutenant Governor.

Paterson, in a statement, was happy to accept the appointment.

“I am honored to have been asked by Governor Cuomo to lead the New York State Democratic Party as we prepare for an exciting path to victory this November," Paterson said in a statement. "Over the past years the Democratic Party has built a new reputation and established itself as a Party that can act and deliver real results for people."

Paterson then laid out what he felt were the important tenants of his political party.

"At the center of the new Democratic Party is our economic credibility, where we have restored job growth in every region of the state, put hundreds of thousands of our state’s residents to work, and reduced the tax burden on New Yorkers to its lowest level in a generation, including the lowest middle class tax rate in more than 60 years," Paterson said. "Our opponents hail from the ultraconservative movement that has shamelessly embraced the Washington mentality of supporting anti-women, anti-marriage equality, anti-choice, anti-immigrant measures – all of which are truly anti-New York. I look forward to working together this year with the Governor to continue the momentum we have started.”