The ‘art’ of education 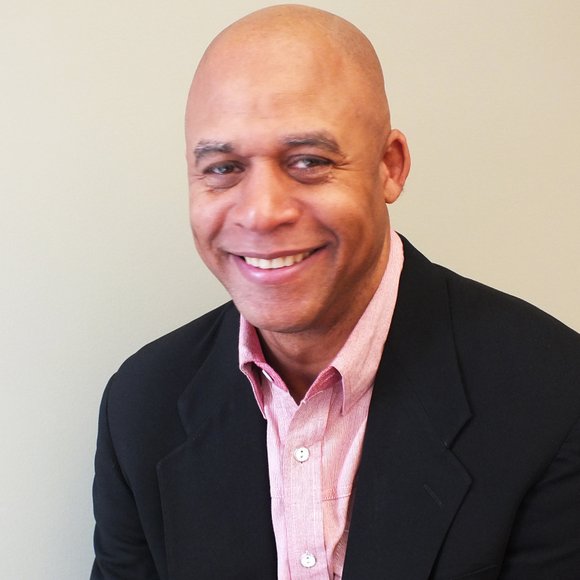 Eric Pryor serves as the executive director of the Center for Arts Education (CAE), which is one of the city’s top organizations, making arts accessible to all public school students.

During the two and a half years he’s been with the organization, Pryor has been a part of the ongoing movement to not only put art in the lives of students, but also advocate the importance art plays in education.

“Children, like adults, are attracted to different things,” he said. “The arts promote critical thinking, creative thinking, collaborative learning and learning to communicate.”

A native of Detroit, Pryor took a trip to New York while in college, leading him to switch his major from business to art. He is a graduate of Wayne State University (B.F.A.), Temple University’s Tyler School of Art (M.F.A.) and Columbia University’s Graduate School of Business (M.B.A.).

As an artistic painter, Pryor previously served as executive director of the Bedford Stuyvesant Restoration Corporation’s Center for Arts and Culture.

There he oversaw their arts programs, including the Skylight Gallery, the Performing Arts/Presenting Program, the Playwrights Den and the Restoration Youth Arts Academy.

Pryor served as executive director of the New Jersey State Museum, where he successfully revitalized the institution with the reopening of three major galleries, the planetarium in 2009 and the Cultural History Collection and the Fine Art Collection galleries in 2010.

In 2011, he was named head of CAE by its board of directors, replacing Richard Kessler, who left to become dean of Mannes College The New School for Music.

“I am extremely excited about joining the team at the Center for Arts Education,” he said when he took the job. “The work that is being done to help bring the arts to the children in New York City public schools is essential to their personal growth and academic success, and to the future success of our city.”

He also meets with elected officials to talk about ways to make art accessible to the 1.1 million students in the city’s public schools, many of whom are low-income students of color.