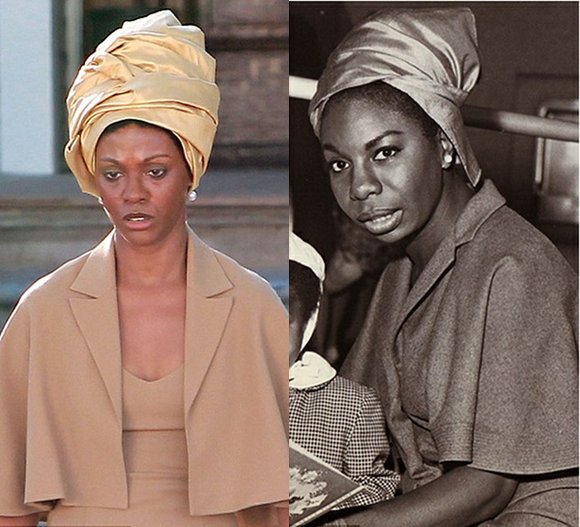 Accomplished director Cynthia Mort has filed a lawsuit against the producers of the new Nina Simone biopic after being cut out of the film’s production process. Mort sued the UK-based producer, Ealing Studios Enterprises Limited, claiming the terms of her contract and directorial deal were violated.

Mort seemed to have been contractually given a generous amount of creative control over the new film, titled “Nina,” which will premiere at the prestigious Cannes Film Festival on Thursday.

Billboard reported, “The lawsuit paints the portrait of a director who gained broad rights over the developing picture. She allegedly got approval rights over the final shooting script, the cast and crew, the line producer, the designer and all department heads. She is said to have been given consulting rights on advertising, distribution, shooting schedule and budget.”

The lawsuit goes into even more specific detail: “She worked tirelessly to prepare the film for a wide and successful commercial release,” it says. The suit adds, “Yet, throughout the course of the Film’s production and post-production, defendants consistently acted to frustrate Mort’s involvement in the film, thereby breaching the director agreement. These breaches by the defendants include, but are not limited to: taking complete control of editing the film in June 2013 and failing to consult with Mort about subsequent cuts and changes; abandoning Mort’s previous cuts of the film; failing to disclose the film’s financials, finishing budget and financing deals; and failing to keep Mort informed of other crucial creative and budgetary developments and decisions throughout production and post-production of the film.”

There has been a certain level of negative attention following the film, particularly when Simone’s daughter publicly expressed her disappointment in the casting of the lead actress, Zoe Saldana, as she felt that Saldana’s physical attributes did not match those of Simone. The fact that a lighter-skinned actress was chosen to depict the dark-skinned legendary singer and composer brought up a lot of questions on racism in

The film’s official release will take place on May 31. With all of the controversy surrounding “Nina,” the producers will finally learn the film’s fate when it begins garnering reviews from the world’s top critics and potential distribution deals from production companies this week.