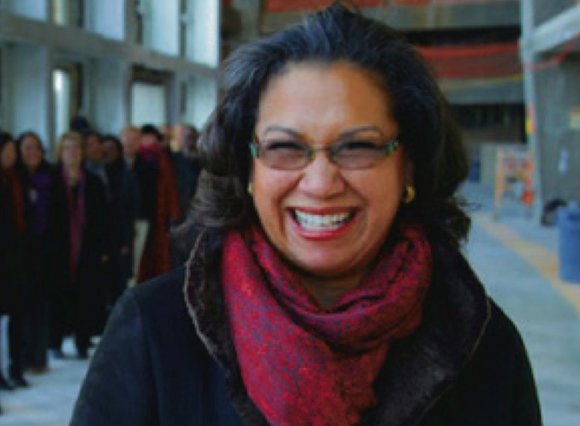 Earlier this month, the board of directors of the New York City Mission Society (NYCMS) announced that Elsie McCabe Thompson will be the new president of the nonprofit, effective on April 30. Thompson will be held responsible for providing strategic leadership to the organization, assuring the organization’s financial viability and growth and expanding already existing programs.

The NYCMS works to improve the lives of children for underprivileged backgrounds.

“Elsie McCabe Thompson brings great passion and commitment to community service and leadership,” said board Chair Derek Steinhiser in a statement. “Her talents and skills will greatly benefit New York City Mission Society (NYCMS) and its program participants. The board looks forward to working with Elsie as she leads NYCMS’s dedicated staff to strengthen our organization and improve the lives of children, youth and families in our city’s traditionally underserved communities.”

Thompson has a significant amount of experience in the nonprofit, cultural, legal and government sectors. She served as the co-founder and director of the National Urban Technology Center and as chief of staff to former New York City Mayor David N. Dinkins. She was a senior litigation associate at Shearman & Sterling. She most recently served as president of the Museum for African Art for 15 years, where she raised close to $93 million and led a financial and brand turnaround for the establishment. Currently, Thompson serves as a trustee of the National Recreation Foundation and National Parks of New York Harbor Conservancy. Thompson’s husband is former New York City Comptroller and mayoral candidate Bill Thompson.

“I want to thank the board for their support,” said Thompson in a statement. “What was abundantly clear to me as I spoke with board members is that they deeply care about the future of our city, and in particular, about finding ways to end the cycle of poverty for so many New Yorkers. I am encouraged by their determination, and I am ready to build on their successes.”

“Throughout Elsie’s career, she has demonstrated an unwavering commitment to improving the lives of others,” said Brown in a statement. “I fully expect her to build upon New York City Mission Society’s rich history of service by bringing fresh and creative ideas and strategies that empower our communities.”