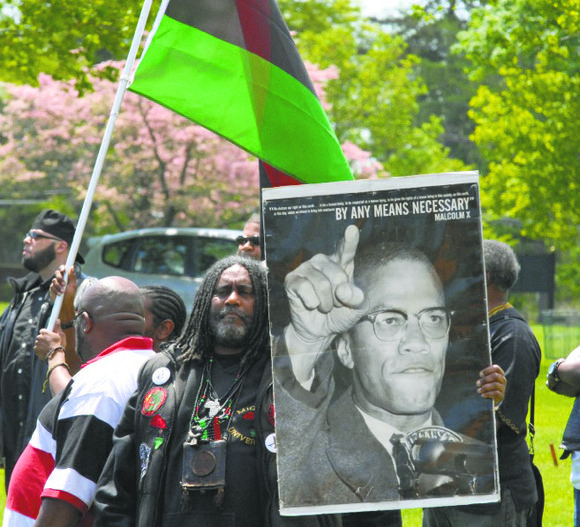 May 19 marked the 89th birthday of El-Hajj Malik El-Shabazz, commonly known as Malcolm X, and the 49th year of the pilgrimage. In a commemorative event led by the organization Malcolm X started 50 years ago, the Organization of Afro-American Unity, as well as the Sons of Afrika and the Malcolm X Commemoration Committee, hundreds of people came from as far as Houston, Atlanta and Washington, D.C., to honor Malcolm X. Gathering at the Adam Clayton Powell State Office Building in Harlem at 9 a.m., buses and cars lined up to make the pilgrimage to Ferncliff Cemetery in Hartsdale, N.Y., where Malcolm X, Betty Shabazz and their grandson Malcolm Shabazz are buried.

Akinyele Umoja of the New Afrikan Peoples Organization, attending for the first time, reminded the crowd of the power of the orisha and said that we must continue to use that power to free the land. Having come from Houston, National Black United Front National Chairperson Kofi Taharka thanked the organizers for their dedication and commitment for honoring Malcolm X for 49 consecutive years.