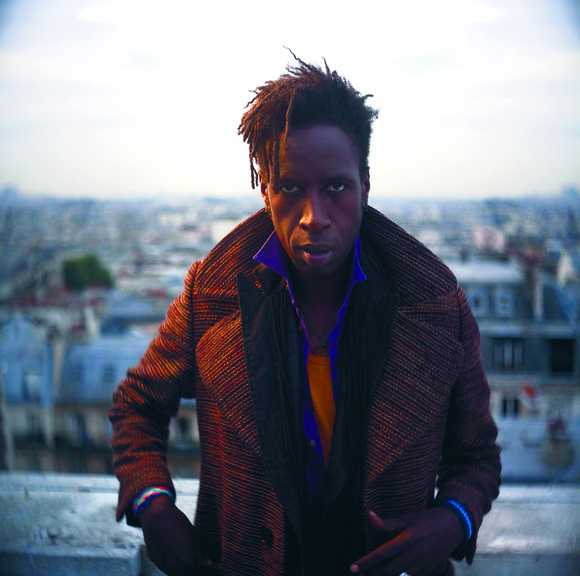 Greetings! As we celebrate the climax of African Liberation Month and the birthday anniversary of Malcolm X, we note the passing of Sam Greenlee, author of the classic book “The Spook Who Sat By the Door.” We also sadly add the name of brother, colleague, esteemed Pan-African activist, journalist, broadcaster and producer Elombe Brath to the list of people who have passed. We’ll have more coverage this weekend on our GBE radio broadcasts (see schedule below). Our condolences to all.

“After Midnight” celebrates Harlem’s golden age and the timeless songs of Duke Ellington, Cab Calloway and Harold Arlen, all woven around the prose of Langston Hughes. Fantasia is back by popular demand! The music is by select Jazz at Lincoln Center All-Stars. Brooks Atkinson Theatre, 256 W. Fourth St. For information, call 212-719-4099 or visit brooksatkinsontheatre.com.

“Satchmo at the Waldorf” is an absorbing and uplifting new play about the music, struggles and triumphs of Louis Armstrong, the man who invented jazz. The show stars Obie and Lucille Lortel Award winner John Douglas Thompson (“Othello,” “The Emperor Jones”) as both Armstrong and Joe Glaser in a tour de force performance. Appropriate for ages 14 and up due to strong language. Westside Theatre Upstairs, 407 W. 43rd St., between Ninth and 10th avenues. For more information, call 212-239-6200 or visit www.satchmonyc.com.

B.B. King Blues Club in Times Square presents Chanté Moore on Saturday, May 23; the Rhythm Revue Dance Party with DJ Felix Hernandez on Monday, May 25; Capleton on Wednesday, May 28; the multitalented Angela Winbush on Friday, May 30; and the dynamic Sheila E. on Saturday, May 31.

Tamar Braxton’s “Love and War” tour is coming to Newark Symphony Hall in New Jersey on Saturday, May 31 at 8 p.m. Also coming on Saturday, June 14 is A Father’s Day Gospel Celebration in the Sarah Vaughan Concert Hall, featuring Richard Smallwood’ Total Praise, I Love the Lord; Anthony Brown & Group TherApy; Testimony and many more! Doors open at 6 p.m. and the concert is at 7 p.m. It will be hosted by Liz Black of WLIB/WBLS. Tickets are available through the Newark Symphony Hall box office (1030 Broad St., Newark) by calling 973-643-8014 or through Ticketmaster by calling 800-745-3000 or visiting Ticketmaster.comw.

The world-famous Apollo Theater announces that their 2014 annual spring gala will be held in honor of the storied theater’s 80th anniversary on Tuesday, June 10 at 7 p.m. The evening will include special award presentations and tribute performances by the music industry’s biggest artists, including Gladys Knight, Smokey Robinson, Natalie Cole, the Isley Brothers and more. It will be hosted by Emmy Award-winning and Grammy-nominated entertainer Wayne Brady. For tickets and information, call 212-531-5305, visit the Apollo Theater box office (253 W. 125th St.) or visit www.apollotheater.org.

The New York City Chapter of the National Action Network presents an Economic Empowerment Forum at the House of Justice (106 W. 145th St.) on Saturday, May 31 at 12:30 p.m.Come out and get information about banking, insurance and investment. To get there, take the A train to 145th Street.

The 43rd annual International African Arts Festival begins Thursday, July 2 and ends Sunday, July 6 and will be held from 10 a.m. to 9 p.m. each day (rain or shine) at the picturesque Commodore Barry Park in Fort Greene, Brooklyn. This year’s festival features a tribute to reggae with iconic band Third World, who will honor Bunny Rugs, their founding member and frontman for their hits “Now That We Found Love,” “Try Jah Love,” “Reggae Ambassador” and others. For more festival information, call 718-638-6700 or visit www.iaafestival.org.

Hear Imhotep Gary Byrd on 107.5 WBLS-FM daily with “Imhotep’s On-Air Guide to Black Events” and “Express Yourself,” Sunday evenings from 7 to 9 p.m., and on WLIB-AM with “The GBE Mind Flight,” Sunday evenings from 9 p.m. to midnight. The full show can be heard on HD radio at WBLS-HD2. IGB is also heard on WBAI-FM 99.5 with Radio GBE: “The Global Black Experience” and “Global Beat Experience,” Saturdays from 5 to 7 p.m. We are archived online with both shows at www.wbai.org. To contact us for bookings or to reach us about your event, email igbexp@gmail.com, find Imhotep Gary Byrd on Facebook, follow us on Twitter @GBELIFE or call 212-592-3279.