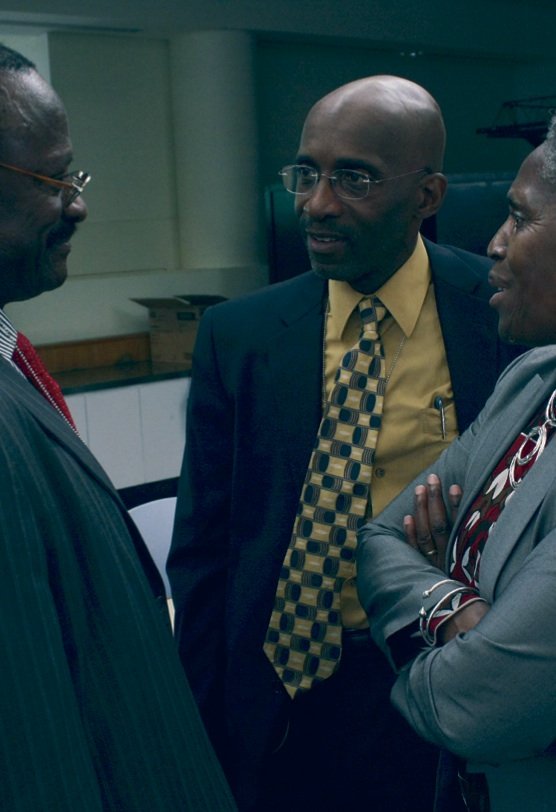 The continuing fight to emancipate Zimbabwe from European imperialism was the main theme of a recent rally at the Adam Clayton Powell State Office Building in Harlem, sponsored by the December 12th Movement.

“U.S. hands off Zimbabwe!” and “Mugabe is right! Let’s stand and fight!” were just a couple of the chants exclaimed by activists as they paraded in front of the towering building on the corner of 125th Street and Adam Clayton Powell Jr. Boulevard.

“Zimbabwe has had many difficulties in terms of fighting for their liberation,” explained Omowale Clay, opening the second portion of the event in the building’s sky lobby. Some say that the crippling economic sanctions are being imposed on the African country as punishment for refusing to allow itself to continuously be robbed of its natural resources.

“The campaign against sanctions is actually a campaign for our people, wherever they are, when they are under attack,” Clay added. “They stole all the land in Africa, but the question is who’s going to have farms and natural resources in Zimbabwe?”

Activists contend that Europe has maintained the same parasitic relationship with Africa for the past few centuries and that the exploitive capitalist system that has been crippling Africa and simultaneously sustaining Europe for centuries centuries has only benefitted the exploiter.

“The WADU [World African Diaspora Union] resolution calls for support for the African Union under the leadership of [Zimbabwean President] Robert Mugabe,” said WADU’s Ital Kofi Ital. “We advocate for one African entity, one global African entity, one continental identity to move our people forward that encompasses all Africans, all Black people, globally.”

Clay laid out how European imperialism has separated the continent’s indigenous inhabitants and implored the need for African unity.

“Our campaign is to cover Zimbabwe’s back,” he said. “The struggle in Zimbabwe is tied into the struggle of African people against those who want to recolonize Africa. It’s Zimbabwe today, it’s another place tomorrow.”

Citizens were told to contact their Congress members and set up meetings to discuss the state of Zimbabwe.