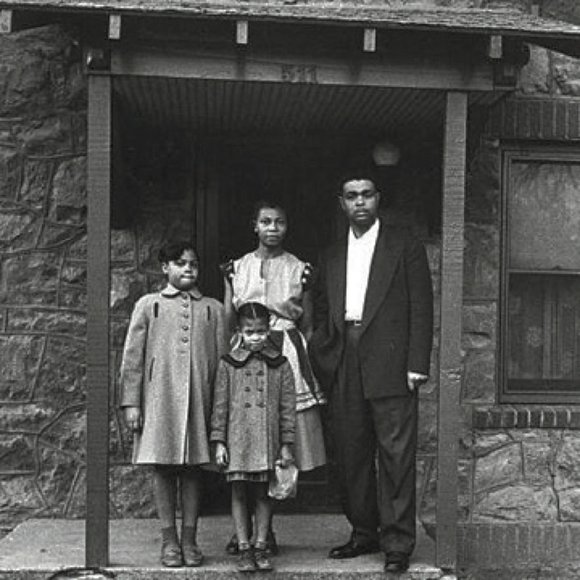 Sixty years ago this week, in 1954, the nation witnessed the Supreme Court decision Brown v. Board of Education that supposedly brought an end to segregated schools. But the proviso of “all deliberate speed” from the first ruling has never seen the foot put to the pedal these many years later. According to a recent report, schools around the country are more segregated than they were when Linda Carol Brown was a student and her father the lead plaintiff. And until residential patterns and income equality are the law of the land, we can expect little change.

While many people are aware of the brave little girl who became famous because of that monumental case, very little is known about her father, Oliver Leon Brown. He became the lead plaintiff only because his name appeared first alphabetically, and the legal strategy the lawyers proposed required a Black man at the top of the roster. The lawyers with the national chapter of the NAACP also believed that having Brown at the head of the roster would be better received by the U.S. Supreme Court justices. The 13 plaintiffs were Oliver Brown, Darlene Brown, Lena Carper, Sadie Emmanuel, Marguerite Emerson, Shirley Fleming, Zelma Henderson, Shirley Hodison, Maude Lawton, Alma Lewis, Iona Richardson and Lucinda Todd.

Find out more: Perhaps the most important thing to find out about Brown v. Board of Education is the extent to which many of its goals have not been met. Take a look around your school to see if it is as segregated as the reports suggest some 60 years after the decision. You don’t need a book or research material for this assignment.

Discussion: Along with segregation are the terms integration, desegregation and separation, and a broad discussion of the each of them should bring some interesting results on how they intersect and are radically different.

Place in context: Brown v. Board of Education became the law in 1954, and it is often seen as the ruling that made Plessy v. Ferguson obsolete. How much time went by between these two historic decisions? Were these decisions the outcome of the times in which they occurred?

Linda Brown was only 8 years old, but she made history after her father decided he was tired of having to take his daughter miles away to a school when one was much closer to his home in Topeka, Kan.

Oliver Brown was a minister who grew up in Topeka and later attended Washburn University. He was an assistant pastor at St. Mark’s AME church with three children when he challenged the state’s school segregation laws, and his case was joined with others with similar complaints en route to the Supreme Court.

During their appearance before the court, each plaintiff was given an opportunity to testify. When he was questioned by attorney Charles Bledsoe, Oliver Brown appeared to be very nervous on the witness stand and repeatedly had to be asked to raise his voice. It took some coaxing, but he finally became very audible and forceful.

He told the court that his occupation was a carman welder, which was never explicitly defined, though he later explained that he was employed as a welder at the Santa Fe railroad for 15 years.

Brown related how difficult it was rising very early in the morning and getting his daughter ready for a long and somewhat dangerous trek to school. She had to be ready to leave home at 7:40 a.m., he testified, and then walk through the dangerous switching yards of the Rock Island train line on her way to the bus stop, where she would be picked up and taken to the all-Black Monroe Elementary School, which was about 21 blocks away. “The bus was often late,” he told the court, “and many times Linda would have to wait in the cold, rain and snow until the bus arrived … she would have to clap her hands and jump up and down to keep warm. They have no provisions at all to shelter them.”

He also said that the bus schedule was extremely inconvenient, which meant that Linda Brown would have to wait up to 90 minutes on some days until the school opened at 9 a.m. His lawyer objected when he was asked if he would prefer his daughter to attend the much closer Sumner School, which was about seven blocks from the Brown residence. The judge said that obviously parents would want their children to attend a school closer to home. Oliver Brown said his daughter usually arrived home around 4:45 p.m.. There were a few more inconsequential questions, and Oliver Brown was dismissed—and practically relegated to obscurity.

May 19, 1925: On this date, Malcolm Little, later to be known as Malcolm X and El Hajj Malik El Shabazz, is born in Omaha, Neb.

May 24, 1974: The great maestro and composer Duke Ellington dies on this date. The leader of his own orchestra, he composed more than 2,000 songs, many of them still popular today.

May 19, 1977: Alex Haley, who worked with Malcolm X on his autobiography, is honored with a three-day statewide celebration in Henning, Tenn.

During the cross-examination, the lawyer for the school system tried to indicate that there were white children who had to go the same distance to school as Linda Brown, but the judge said that was irrelevant.

Five years after the court’s ruling, the Brown family moved to Springfield, Mo. Two years later, Oliver Brown died of a heart attack at the age of 42, and his widow moved the family back to Topeka.

Today, Linda Brown Thompson is 72 and continues to work as a civil rights activist.

In 1988, the nonprofit Brown Foundation for Educational Equity, Excellence and Research was founded by Topeka community members to honor Oliver Brown and to preserve the legacy of the Civil Rights Movement. His daughter Cheryl Brown Henderson works with the foundation. On Oct. 26, 1992, after two years of work by the Brown Foundation, President George H. W. Bush signed the Brown v. the Board of Education National Historic Site Act, which established the former Monroe Elementary School as a national park.