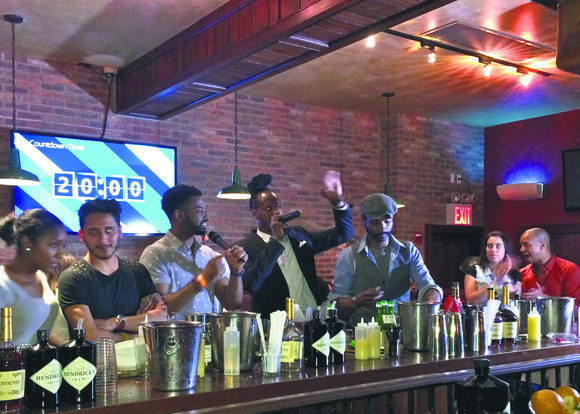 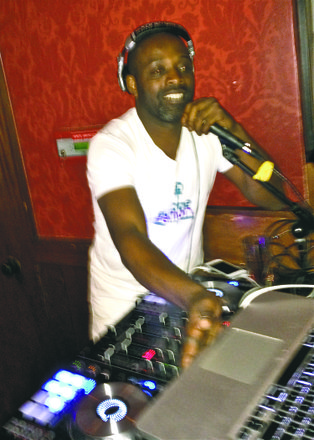 DJ Stormin Norman on the wheels 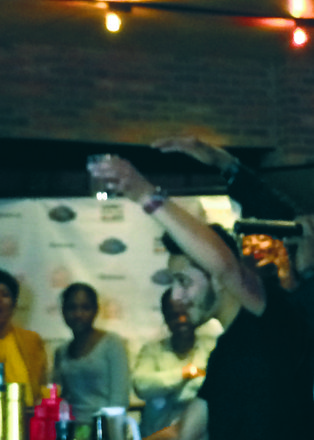 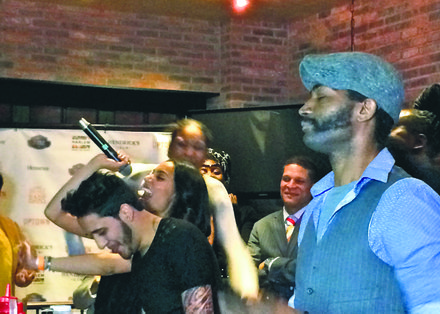 Thrill of victory, agony of defeat

Earlier this week, the second annual Uptown Battle of the Bars culminated at Harlem Tavern (@HarlemTavern). Over the course of 10 days, patrons tasted Hennessy (@HennessyUS) and Hendrick’s (@HendricksGin) cocktails at 30 Harlem and Washington Heights bars and restaurants to determine Monday night’s finalists.

The evening’s soundtrack, held down by DJ Stormin’ Norman (@DJStorminNorman), played while bartenders mixed cocktails and the judges critiqued and scored them. After four and a half hours, it came down to two bartenders, both of whom were eager to win the title and the booty that came with it.

Congratulations goes to bartender Jonathan Franco of La Bodega 47 (@LaBodega47) on his epic win! I can attest to his mastery and skill. Do stop in, have a cocktail, wish him well and watch him wear the crown!