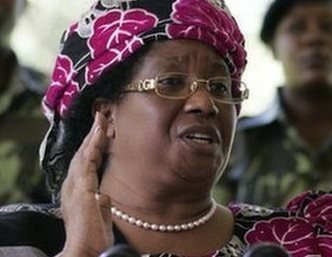 May 26 (GIN) – President Joyce Banda’s legacy may be cut short if a court fails to uphold her annulment of last week’s poll and schedule a new election in 90 days.

Banda, the second woman leader on the continent after Liberian President Ellen Sirleaf-Johnson, said the election was so deeply flawed she would not inflict its results on the Malawian people.

Banda, with 30% of the vote, is reportedly trailing two opposition candidates, according to preliminary results.

“I have done this to allow that Malawians are given an opportunity to freely and fairly express their will in choosing their leaders in a free, fair, transparent and credible manner,” she said.

Simon Allison, writing for the Daily Maverick of South Africa, affirmed: “Yes, the elections were flawed. Even the Malawi Electoral Commission acknowledges this: they have ordered a manual recount, citing voter irregularities in some parts of the country. Particularly troubling were reports of votes counted significantly exceeding registered voters in some areas.”

Steve Dakalira, head of news for Capital Radio Malawi, told the Daily Maverick that there was “mayhem” in several polling stations in major cities, prompting the electoral body to extend voting by two days. This extension was itself an irregularity, and left the process open to potential manipulation.

Leading in votes is Peter Mutharika, brother of former president Bingu wa Matharika. A lawyer, adviser and consultant in international economic law who received law degrees from the University of London and Yale University, he held teaching positions at the University Dr es Salaam, Haile Selassie University, Rutgers University, and the U.N. Institute for Training and Research Program for Foreign Service Officers, among others.

In 2013, Peter Mutharika was charged with treason for attempting to conceal his brother's death in office two years ago, as part of an alleged plot to stop Banda -- then vice-president -- from assuming power as directed by the constitution. This past January, the case was adjourned by a High Court Judge until an undisclosed date.