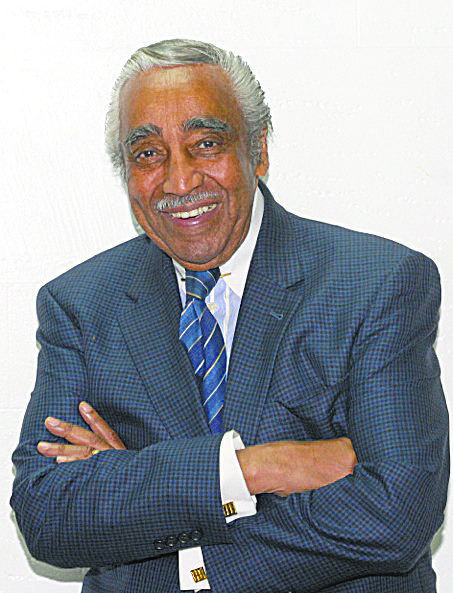 Every two years, congressional candidates make their rounds to editorial boards across the city to ask for the papers’ endorsements. This year, those visits came early. In fact, they were over three months early, due to the move of Democratic congressional primaries to June 24 this year. As we usually do, the Amsterdam News posted on our front page the notice of endorsement meetings, and from those interviews, here are our Democratic primary endorsements for 2014:

Harlem has been known as the seat of Black political power in New York City for decades. From Adam Clayton Powell Jr. holding the venerable congressional seat for years, to David Paterson becoming governor to the peerless leadership of the Gang of Four, Harlem has held onto that power and been the center for a base that has changed the face of New York City many times over.

Over the decades, the number on the congressional seat has changed many times, but in recent memory, the only man to occupy that position has been Rep. Charles B. Rangel. Rangel first became a congressman when he narrowly defeated Powell in the highly contested 1970 congressional primary. For the last 43 years, he has served the community of Harlem as its congressman.

During the most recent redistricting, the boundaries for the district changed significantly, including parts of the Bronx, and changing the demographics of the district substantially. That being said, the district still remains the center of Harlem’s power base.

This year’s contest brings with it three challengers to Rangel’s tenure: state Sen. Adriano Espaillat, pastor Michael Walrond Jr. and Yolanda Garcia. Espaillat challenged the congressman before and lost in a close race. Walrond, who seems to have a strong following from his church and has age on his side, has never run for public office.

Rangel, on the other hand, has become a fixture in Harlem politics. At this point, he wants to continue to help our sitting president make the last two years of his presidency as productive as possible. Over the last 10 years in Congress, Rangel has passed more laws than any other member of Congress and is ranked among the best in a number of important categories.

Though Rangel has previously had health problems, he is now as spry as we have seen him in the last 10 years. Full of power and strength and with a lot of pep in his step, he comes to this race with a rekindled sense of purpose, pride and accomplishment. He deserves another two years in office. He needs to finish all that he has started and wrap up a stellar career on a high note. The community would be ill-advised not to return him to Congress, because he is the only candidate that has a proven record and has delivered for this community year after year after year. Moreover, his experience and his seniority guarantee he will be in the room when major bills are discussed. That is why the New York Amsterdam News wholeheartedly endorses Rep. Charles B. Rangel for re-election to the 13th Congressional District.