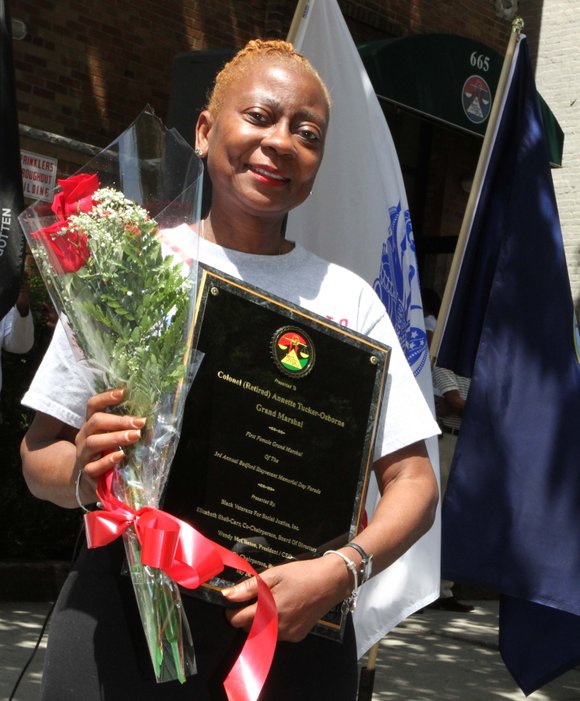 Black Veterans for Social Justice Inc. hosted its third annual parade in Bed-Stuy, Brooklyn, on Memorial Day weekend. The parade was held in celebration of those who have given their time and lives for freedom at home. They also saluted female veterans who served in the armed services.

Black Veterans for Social Justice is the largest private community–based agency of its kind serving New York City’s veterans of color. The organization is now headed by President and CEO Wendy McMlinton, and this year, it honored Col. (retired) Annette Tucker-Osborne, who began a career in the Army as a second lieutenant.