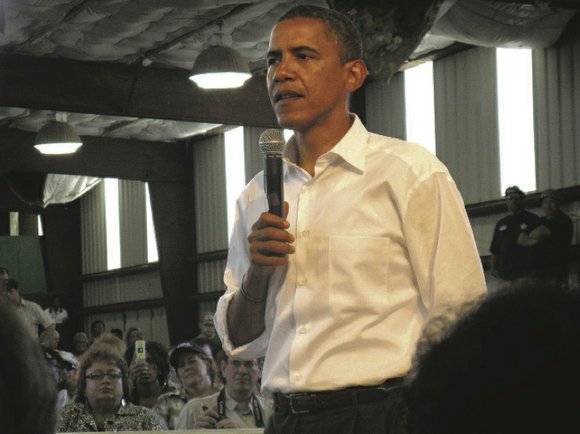 As thousands of college students return home for the summer, and compete with the thousands of teenagers already scrambling for jobs in an ever-shrinking job market, the Obama administration has announced they will be allotting $6.7 million for the creation of conservation jobs for youth and returning veterans.

The initiative, sponsored by the Department of the Interior, attempts to inspire young adults in America to pursue work outdoors, particularly in conservation.

This is in an effort to expand and develop a 21st Century Conservation Service Corps, 21CSC, a coalition of public and private partnerships looking to place these youth and returning veterans in jobs where they can work towards protecting, restoring and enhancing the great outdoors.

The $6.7 million in grants, 60 percent more than last year, includes $1.9 million in federal funds and will reportedly support these conservation employment and mentoring opportunities.

Announcing the allocation, Secretary of the Interior Sally Jewell revealed that over 620 youth will be able to have jobs working on public lands, with the money being used to fund materials and transportation.

“We have a shared responsibility to protect and promote public lands that belong to all Americans so our children and their children can enjoy them for generations to come,” said Jewell. “[This will] not only provide employment opportunities to young adults but also provide powerful connections to nature that will last a lifetime.”

The 21st Century Conservation Service Corps has already awarded some of the funds for 43 different projects all over the nation. One such project is the recently launched Groundwork Denver Inc., which will provide jobs and natural resource training and mentorship for 38 low-income urban youth. They will work at the Rocky Mountain Arsenal National Wildlife improving the habitats of bison and prairie dogs, restoring native plant species and removing invasive ones.

Executive Director of Groundwork Denver, Wendy Hawthorne, emphasized the program’s dedication to providing opportunities for young adults who grow up in urban settings to be able to engage with nature.

“This will be a life-changing opportunity for our youth Green Team members,” she said. “Working side-by-side with the [staff] in the Pike National Forest will provide these young people with the experience and inspiration to pursue careers in natural resource conservation.”

Out of the 43 projects like Groundwork Denver which have won grants, only one is in New York state. The Rockaway Waterfront Alliance has been awarded $110,000 to expand its Shore Corps program, a training program for underserved youth in Far Rockaway, Queens. The internship program is planning to train 20 young adults over an 18-month period in how to do tree inventory, how to install non-invasive plant species to help the environments, and how to create a natural dune buffer along areas that suffered damage during Hurricane Sandy.

U.S. Secretary of Agriculture Tom Vilsack reiterates how the creation of these jobs and the development of these skills are crucial for the future American generations.

“This program engages young people from diverse backgrounds, including underserved populations, and equips them with the knowledge and critical job skills they need to pursue careers in conservation and land management,” said Vilsack.

The Bureau of Labor Statistics reported that the employment of conservation scientists and foresters is projected to grow only 3 percent between 2012 and 2022, a lower rate then the average for all occupations.

Despite this, Vilsack remains optimistic, maintaing that the recent grants and the partnerships developed with the 21CSC will help to develop the next generation of conservationists and ensure that a connection to the outdoors is preserved in spite of the increasingly tech-savvy and tech-reliant generations of youth in the U.S.