Poll shows Rangel in lead against Espaillat and Walrond 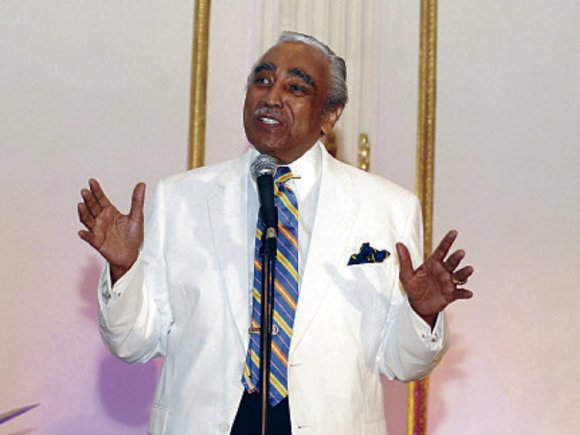 With the recent wave of endorsements flowing toward both New York state Sen. Adriano Espaillat and Rep. Charlie Rangel, one would think that the race for New York’s 13th congressional seat is neck and neck.

In the new poll, the first one done on the upcoming primary, Rangel leads all challengers with 41 percentage points.

Espaillat has 32 percent and pastor Michael Walrond sits in third with 6 percent. Yolanda Garcia, a long shot to win the election, sits in fourth with 5 percent.

While Rangel has the lead, when asked, 46 percent of potential voters said they would prefer to vote for someone else, and 35 percent of democratic voters said his age would make his job too difficult. Rangel is 83 years old.

Rangel also has a significant lead when it comes to Black Democratic voters, with a 68 percent lead. Espaillat leads among Hispanics, with 52 percent.

So why is Rangel in the lead? The answer is obvious, according to Rangel’s campaign advisor, Charlie King.

“From Norwood to Inwood to Harlem, there is strong, grassroots support for Congressman Rangel’s re-election from the voters of the 13th Congressional District,” said King in a statement. “This poll demonstrates that voters agree that we can’t afford to lose the experience, record and seniority Congressman Rangel brings to the table. The people know they can count on Charlie Rangel to be a champion in Washington to continue fighting for good jobs, better wages and health care access for the families of this district—and that’s why he is earning their support once again.” 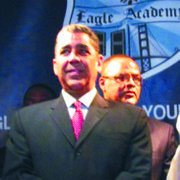 Today’s poll also comes on the heels of the announcement of major endorsements for Rangel from former President Bill Clinton, U.S. Sens. Charles Schumer and Kirsten Gillibrand, Rep. Jerrold Nadler and the unions DC 37, DC 1707, CSEA Local 100 and 1199SEIU. But that didn’t stop Espaillat from responding to the “cell phone incident” that occurred the previous week, when Rangel used a fake conversation on his phone during a recent debate to criticize him and Walrond.

“He could use props or any tactics he wants to use; I think in the end, the voters want to hear a substantive discussion on the issues,” Espaillat said to the AmNews. Walrond agreed.

“I thought it was kind of interesting that the congressman diminished the seriousness of the moment and the issue, because we were there that night to [talk] about an issue that’s important in this district—poverty,” said Walrond to the AmNews. “Twenty-six percent of this district is in poverty, [and it] is rather serious. I thought that it was unfortunate.

“I also thought the personal attacks against Espaillat and I were very unusual,” said Walrond.

But Espaillat is still making noise with his endorsements. Last week, he received the nod of approval from former New York City Comptroller and mayoral candidate Bill Thompson.

“Adriano will be a strong and uniting voice for New Yorkers in Washington,” said Thompson in a statement. “I know Adriano understands the needs of the 13th District and will fight tirelessly to give our children fair and equal education opportunities, our families safe and affordable housing and our small businesses every chance to succeed. In addition, Adriano stands ready to bring his determined work ethic and strong leadership to serving the entire district and moving our communities forward. I am proud to support Adriano, and I look forward to working with him on his campaign and in Congress.”

Espaillat told the AmNews that his campaign is simply going to continue to get the word out about what his district needs and who they need to elect to get it.

“We will continue to knock on doors and go to different neighborhoods that we’ve been visiting,” Espaillat said. “We will take to the different corners of this district the message of change that is needed in the 13th Congressional District.

“Just like we needed change in the White House and we needed it in City Hall, I think we need it here as well,” Espaillat said.