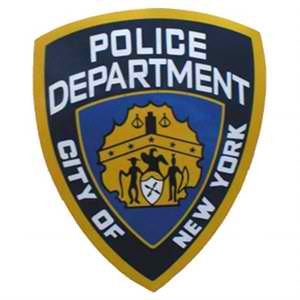 The Rev. Al Sharpton recently came to the defense of a 14-year-old Bronx boy who underwent emergency surgery to remove pieces of glass from his chest, lungs and heart, and got at least 50 stitches following an altercation with a New York Police Department (NYPD) sergeant who allegedly shoved him into a glass storefront window.

The teen, Javier Payne, made his first public appearance since the incident at a news conference at the National Action Network headquarters in Harlem last Saturday. He appeared in a wheelchair and had a thick bandage on his forehead. He was accompanied by relatives and city officials, led by Sharpton, who demanded that the city launch an investigation into the horrific incident.

The incident took place on May 17, when Payne and his unidentified 13-year-old friend allegedly assaulted a 49-year old man who refused to sell them cigarettes. When the man alerted the NYPD, the boys were arrested. Payne shouted an obscenity at Sgt. Eliezer Pabon of the 48th Precinct, who then shoved him into the glass window of the hookah bar, which caused shattered glass to pierce his body. He was taken to Jacobi Medical Center and was in intensive care for four days.

“Two wrongs don’t make a right,” said Sharpton at the news conference. He said Payne was wrong for his misdeed, but added, “We cannot have a city where policemen come and shove handcuffed children through window panes. If you are so agitated that you can shove a handcuffed child out of anger, you ought not be on the Police Department.”

The incident is the first serious accusation of police brutality since William Bratton took over as police commissioner under the city’s new administration.

Brooklyn Councilman Jumaane Williams, who said he believes that race was a motive in the incident, pointed out, “We know something like this was going to happen, even though we’re in a new administration.

“If we change the skin color with the same circumstance, the incident would not have happened in the same way. The time has come to show a difference between the new administration and the previous one,” he added, referencing Mayor Bill de Blasio’s appointment of Bratton as police commissioner. Bratton promised to reform the way how New York City police officers work with the community.

Sharpton said Bratton told him in a recent conversation that the seven-year veteran has been suspended and his gun and badge were taken away from him until further notice. But Sharpton said that is not enough.

The Bronx district attorney’s office is said to be in the process of determining whether to bring charges against the sergeant.

Bronx Councilman Ritchie Torres said in a statement that he “will take every action to ensure that Javier Payne and his family have access to the assistance they need to make a full recovery.”

He added, “The NYPD has assured me that an investigation is in progress. If that investigation ends in a finding of police brutality, the officer responsible should be prosecuted to the fullest extent of the law. Police officers who abuse their power and betray the public trust deserve nothing less than zero tolerance.”