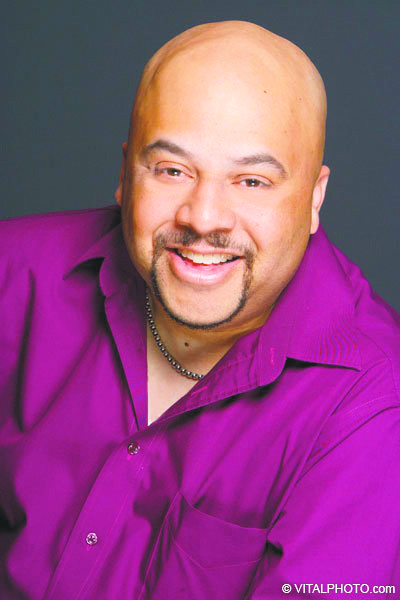 Vin Taylor calls himself the “Donut Doctor” and, no, there is no school where you can major in that field. Taylor is using his skill for making the culinary delight not only to go into business with his newly-opened Carvin’s Mini Donuts in Harlem, but also to get kids to do well in school at the same time.

Taylor and his business partner, Carlyle Peake, have the city’s only Black-owned mini donut shop in the midst of all the Dunkin’ Donuts and Tim Horton’s. Taylor said he got into the culinary arts while studying sewing and cooking in school growing up in the Bronx.

“From pre-k all the way to junior high school, they basically made you learn how to cook and sew,” Taylor said. “Both of those talents I’ve used. I made fashions for church, and the best way to get to a woman’s heart is cooking.”

Before he go into donut-making, Taylor attended Bronx Community College and was a casting director for 14 years. When he got back into cooking, he explored the dessert field, first getting into donuts 10 years ago. He worked for Brooklyn-based donut company Cuzin’s Duzin, owned by Black donut maker Todd Jones.

Working under Jones, Taylor was able to perfect his own craft of making donuts and go outside of the box of the typical glazed and powdered sugar donuts.

He also met Peake, who was interested in creating a different kind of donut shop. Instead of the typical full-size donut, Taylor makes gourmet mini donuts in flavors, including “Breakfast motivation” (made with bacon, eggs and maple syrup), “Smile” (which consists of crushed Oreo cookies with vanilla glaze) and “Love” (made with strawberries and cream cheese).

“For us in the mini donut world, it’s the proper oil and taking care of the donut and cooking it properly while you make it … [that] make a perfect donut,” he said. “We make cake donuts, which are lesser in calories.”

As the owener of one of the Harlem’s newest Black-owned eateries in the neighborhood’s budding restaurant row on Malcolm X Boulevard, Carvin plans to work with many community groups and organizations. The shop is currently working on a program that rewards children with discounts for good grades. Organizations planning fundraisers will soon be able to sell Taylor’s mini donuts, cookies, brownies and cake pops.

“It’s all about personality. The thing that drives our shop is our employees’ personality,” Taylor said. “We are fun people, and we want to have a fun time while we are working. We just like to have a good time with the customer, and we want to do what we can to help out the community.”

While Carvin’s Mini Donuts is still in its early stages, Taylor added that he and his business partner want to open up more locations “far and wide.”