The Bessies: Be proud! 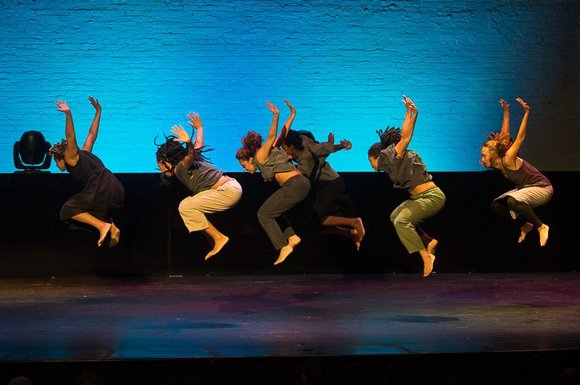 Hosted by the very funny actress Lisa Kron, one after the other, luminaries in the field presented, received and entertained the crowd. Performances were provided by Megan Williams in Mark Morris’ “Bijoux,” Jawole Willa Jo Zollar’s Urban Bush Women in the always provoking “Shelter,” Jennifer Miller and Jennie Romaine’s “Circus Amok” and Michelle Dorrance’s “Three to One.”

The crowd roared and jumped to their feet when two icons, Arthur Mitchell (Lifetime Achievement Award) and Dr. Chuck Davis (Service to the Field Award), were to receive their awards. Virginia Johnson, current artistic director of Dance Theatre of Harlem and a founding member, introduced the illustrious Jessye Norman to present Mitchell’s award.

Among the many beautifully painted words for Mitchell, Norman opined, “The added beauty of the tan in the skin is but a glorious addition … accept the embrace of all of us.”

Said Mitchell, “This is very, very special for me.”

Mikki Shepard, current executive director of the Apollo and original producer of DanceAfrica!, presented the award to Davis, his longtime friend. After an elegant fanfare of drumming and dancing fit for the elder statesman, Davis, who danced, as always, brought the crowd to their feet, and then accepted the award with grace. This was an evening to be proud of.

The Bessies, so named in honor of revered dance teacher Bessie Schonberg, presented in partnership with Dance/NYC, was established in 1984 by David White at Dance Theater Workshop.